The New Fear of Public Speaking 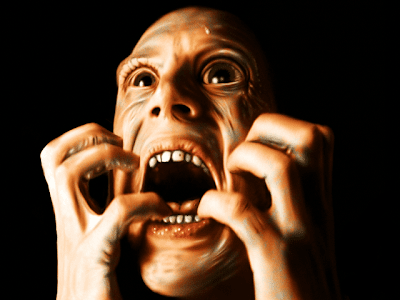 Last night, I was telling some folks at a get-together what I do for a living - or at least one aspect of it. In case you are wondering, when I'm not out speaking & delivering, I'm coaching other people to Speak & Deliver.

None of these folks are really in my target audience, though I firmly believe everyone can improve as a speaker. What came up in discussion was the concept of Fear. None of these people really feared speaking in public. They speak for work, they speak in church, and they were used to it.

While there is an oft-quoted study that says public speaking is the world's #1 fear, even over death, I would suggest that quote joins the many dead stories in the Speak & Deliver Graveyard. As Richard I. Garber writes about often in his blog, this study is misinterpreted at best, outdated and irrelevant at worst. While it gives us an opportunity to tell Jerry Seinfeld's joke about preferring to be in the casket than deliver the eulogy, it's usefulness as factual support for coaching is all but gone.

From what I've observed, people don't fear speaking in public much at all any more. We're a freer society, at least in Western cultures. We aren't told to shut up as much, and are encouraged to share our views. Talk shows and talk radio dominate the airwaves. People used to fear public speaking because they were afraid of the audiences reaction to them, but now many speak because they feel they have a right to express their thoughts.

People freely get up and talk about anything and everything: Sex, Politics, Sex IN Politics, Drugs, Religion, the Economy, and whatever Multi-Level Marketing, er....Network Marketing, er...Entrepreneurial Freedom Project they have going. They don't care, as they filibuster your life away, whether or not they stay on the point, or how long you have to listen, or really even if want to hear what they have to say. They bury their points in fluff, veer off message to chase rabbits, and often never even say anything with any more value than the title of their talk!

The pendulum has swung to the degree that the New Fear of Public Speaking is now not whether we can talk, but whether everyone else will ever be quiet!

Don't be the speaker people are afraid to listen to - you and your message deserve better, and your audience deserves better. Hire a coach before your next coach, whether that's through Toastmasters, Dale Carnegie, the National Speaker's Association, or by dropping me an email :)