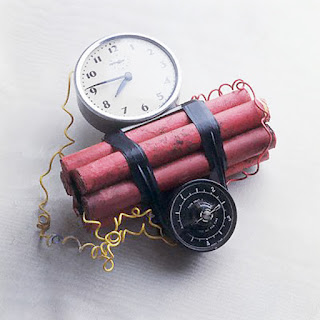 In my book, Go Ahead & Laugh, sarcasm is described as "revealing and edgy double-edged commentary" - a slightly redundant, but accurate description, in hindsight. It's also a dangerous device. It's like carrying around an unstable explosive - if you don't know what you're doing, if you haven't planned the path you're going to take - it's liable to explode in your face.

Sarcasm as defined by Dictionary.com is "harsh or bitter derision or irony" - YIKES! Does that sound like something you want in your speech? Is a laugh so important that you have to resort to harsh and bitter sarcasm? Even if you get the laugh, will it end up costing you credibility? Will your audience turn on your over just one phrase in your speech, even if the rest is perfectly acceptable? No, Yes, & Yes.

No - the laugh is not so important that you should risk using sarcasm in a hurtful way.
Yes - if you deride the wrong group, belief, situation, or person, you can lose credibility with your audience.
Yes - one misplaced or misused phrase is all it takes to get an audience focused on the negative, and away from your intent.

So why not get rid of sarcasm altogether? Because even explosives have a purpose, and, used correctly, can be very effective.

1. Plan it Carefully - Sarcasm backfires most often when it's 'Off the Cuff'. We think something is going to be funny in the moment, and its not. This can be fine with regular humor, but sarcasm that flops is like acid that drops - you're creating your own hole to fall into. Write your humor lines ahead of time. Test your sarcasm with your coach and/or some friends. Come back to it a day or two later and see if it still passes the test.

2. Don't Betray Yourself - Sarcasm is often a mask for our true feelings. We say something in a way that can be taken as humor, but in truth, it's how we really feel. We just don't have the guts to come out and say it straight out. This can happen easily in an 'Off the Cuff' remark, but also in a planned speech that hasn't been vetted properly.

3. Exaggerate - This is a technique unto itself, but when combined with sarcasm, it can soften the blow. Exaggeration makes it clearer to the audience you are joking around with your sarcastic remarks.

4. Self-Deprecate - another technique that works on it own, it mixes well with sarcasm. It takes the edge off by pointing the sarcasm back at yourself, so you aren't coming across as aggressive or arrogant to the audience. In one of my speeches, I get sarcastic about my daughter not being competitive enough - but it is softened because I have spent the last several minutes poking fun at myself for being TOO competitive. CAUTION: Don't cut yourself too deep, or your credibility will be cut along the way.


5. Know Your Audience - If you are speaking to a church, don't talk about how the boys in the youth group want to get the girls in the back seat (I actually heard this once!). It may be true, and you may be trying to get a laugh, but unless you quickly follow it up with something to cushion the truth, you'll come across as crass instead of brash.

On the other hand, if you are speaking to Wal-Mart employees, directing sarcasm towards their detractors or competition can build rapport. Just be careful if you're speaking to K-Mart the next weekend, social media may betray you.

If sarcasm is so dangerous, why include it in my book? Why teach it to my clients? Because, when it's used well, it can be very effective. It can build rapport. It can illustrate a point. It can lighten a heavy moment in the audience. It can be convicting and freeing all at once.

A great way to study the art of sarcasm is by watching Stand-Up Comedians. Most of what they do is steeped in sarcasm. Keep in mind, their audiences are more primed for them to be inappropriate - but even they can step over the line. Watch for moments of brilliance and moments of blunder. Take notes on technique and timing. Then apply it to your own speaking, and test, test, test. 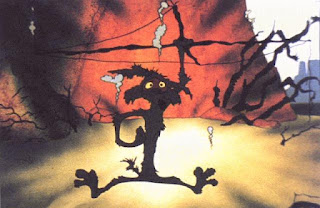 Dynamite cleared the way for connecting East and West back in the days of the old railroad. Nuclear power can be an efficient energy choice. Just because something is dangerous doesn't make it useless. Just handle with care - or it'll blow up in your face.

Bonus Exercise: Below are some videos of three diverse comedians all employing sarcasm to different degrees. What works for them, for their audience? What could work for you?

A. Let's start with Don Rickles - otherwise known as Mr. Warmth. He's been leading the charge for sarcastic humor for over half a century. He knows his audience, and even more, his audience knows him. It's a badge of honor to be made fun of by this master.

B. Seinfeld brought sarcasm to a different level - still biting, but just veiled enough to soften the blow. He's typically clean, and is a great example of corporate-appropriate humor.

C. I mentioned a church audience - and Christians (and other religions) have their humorists too. You can find appropriate sarcasm in anything, if you look for it. Brad Stine offers this half comedy routine, half sermon, and does a good job staying in his boundaries. (in my own, subjective, opinion, of course)


Posted by Rich Hopkins at 8:19 AM
Email ThisBlogThis!Share to TwitterShare to FacebookShare to Pinterest