It looks like I succeeded in not really offending anyone in Part I - but I certainly got a fair amount of feedback, including many more ways people felt offended by speakers - which I will include in Part IV - How to Speak & Offend EVEN MORE.

Other readers suggested that we shouldn't avoid some of the things mentioned in the post, including Sex, Politics & Religion, but rather learn how to speak about them properly. I will address that to some degree today, and for my many Toastmasters readers, I will offer some specific tips to on how to handle these topics in your club in Part III - How to Speak & Offend Your Fellow Toastmasters, and Soon, The World. (No, really, that's the title.)

As Speakers, it's our JOB to offend!

If we look at 'offending' as putting people in a position where what they are currently doing in life is 'wrong', 'unsuccessful', or, more politically correctly 'open for improvement' - we are essentially putting them in position to be offended. It is simply a matter of degree.

Of course, most of us work to sugarcoat it, and give people 'tools for success' and 'sales secrets' and 'strategies to shift perspective'. We focus on how great they can become. Even Jim Collins hedged his bet with 'Good to Great'. Who wants to be featured in a book called 'Lousy to Great'?

Ultimately, it is our job to offend, or at least, potentially offend, our audiences enough to get them to think differently, change their actions, and reap greater results.

Of course, some speakers fully embrace their responsibility to offend, such as Larry Winget, the self-proclaimed "Irritational Speaker" with his 'Shut Up and Stop Whining' approach, Craig Harper, author of 'Pull Your Finger Out', and newcomer Christopher Rausch, who has his own 'Kick-Ass' brand going for him. 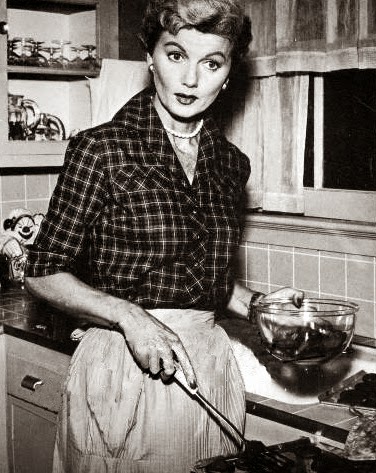 The secret for Larry, Craig, and Christopher, and others like them, is that they are INTENTIONAL and TRANSPARENT. A meeting planner brings them in knowing they are going to be potentially a bit controversial, and they deliver.

Sex, Politics & Religion fall under a similar umbrella. If the audience knows you will talk about these subjects, they'll be ready with open or closed minds as they choose. It's when you make the off-hand sexual joke, or out-of-the-blue political commentary, or assume everyone in the room is celebrating Christmas that you run into trouble.

I have a moment in one of my stories where I talk about a female character growing up in the 50's with the expectation of getting married and being a mom, as opposed to getting a REAL job. This, said without intention, can be incredibly offensive. Said with intention and awareness, and followed up with a smile, hands up and a backward step, and a quick self-deprecating remark that boosts my wife, quickly gets me out of hot water, while still painting the picture of the character appropriately.

Intention is the Key. Too often, speakers can offend by accident, and become useless to their audience. Be fully aware of what you're saying, how the meeting planner and their audience can be prepared to receive it, and how you can best deliver it to be true to yourself. That might mean cutting out some of your potential audiences, and it might also mean giving yourself access to audiences you wouldn't of had before.

As Scott McKain reminded me with Larry Winget's quote in his blog yesterday "You cannot create raving fans unless you are willing to create raving enemies as well".
------
Personally, I don't want to go as far as the "Pitbull of Public Speaking", or others of his ilk. It's just not my style. In my Win Anyway keynote, however, I wouldn't be surprised if I occasionally offend a few people in my audience, as I talk about winning and losing, about not letting the world define who they are, and challenge them to Live Anyway, Laugh Anyway, Love Anyway, even Dance Anyway - as part of winning anyway.

They might be offended at the mere thought that someone who hasn't 'won' could still 'Win Anyway'. They might get defensive about the fact that they haven't been living a 'Win Anyway' life, and shouldn't have to just because others do. Heck they might be offended just because I choose to have a, for the most part, positive attitude despite living with a multitude of challenges in my family. I've even had people offended that I've had six kids, even while knowing some could end up with Neurofibromatosis, the genetic disorder that runs in my wife's family, and affects her and three of our six kids.

As a speaker, it's part of the job. Offend with Intention, and accept your consequences - and rewards.
Posted by Rich Hopkins at 12:07 PM
Email ThisBlogThis!Share to TwitterShare to FacebookShare to Pinterest