Toastmasters Friday: I Won My Contest, Now What? 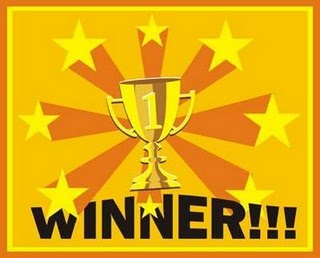 Hey - way to GO! You've just won your contest, you're holding your trophy in a triumphant pose, and are heading to Chili's to celebrate with your club members who, if you're lucky, are proud enough of you to pay for your baby-back, baby-back, baby-back ribs! 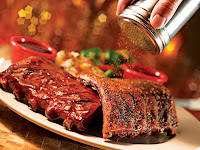 Then, just as you wipe the last bit of sauce off your masterful first place mouth, a scary thought enters your weary mind: I'm...not...done! Even if you've won the World Championship, you're not done - in fact, whether you've brought home the Toastmasters Holy Grail or a simple first place certificate from your club - you have some work left to do.

For today, lets keep it down to earth. You've won your club, Area, or Division Contest, and in anywhere from 2 days to 7 weeks, depending on the scheduling of your contests, you'll be competing again. Now what?

1. Celebrate - even if you don't get the Chili's Celebrity treatment, take time to celebrate your victory. Feel good about what you've done, and rest.

2. Review - hopefully you recorded your speech, at least in audio form. Many contestants don't like to video record for fear of being seen as Prima Donnas, including yours truly. But Audio recording is inobtrusive, and can provide you with insight on your performance, and where you can improve at the next level.

3. Gather Feedback - ask for evaluation from those you trust who were in attendance, or are willing to review your recording. A fresh, outside perspective can yield great ideas that may elude you as you sit hovered over your computer wracking your brain for ways to improve.

4. Edit - don't rest on your laurels! Every level offers a new audience and a new challenge. Being married to your material will block you from finding better ways for you to communicate your message. Your speech may be fantastic as it is, but every speech can be better. Where can you be more concise? Where can you be more descriptive? Where can you change a gesture or a stage location to improve the audience's reception? Don't forget the pitfalls of humor from level to level. Remember, several audience members will be hearing your speech for the second, third or fourth times - tweaking your speech, particularly in your laugh lines, will keep them on their toes.

4.5 Check Out the Competition - go to other contests and see who you'll be up against. You'll get a good gauge of what it will take to win your next contest, and also help eliminate the duplication of speech material. The last thing you want working against you is someone else using the same theme you are. Even if you both give great speeches, you may very well cancel each other out, like two great players on one team vying for a league MVP trophy.

You may even find that humor you are using or a point you are trying to make isn't going to work based on who you are competing against. For example, in one contest speech, I discuss participating in the paralympics, and feeling out of place against wheelchair contestants. This was a valid feeling for me, and makes a strong point. But if I'm competing against someone in a wheelchair, it could actually work against me in that environment.

This isn't for everyone, granted, and it can be done wrong. Go and be supportive and congratulatory to the winners. Volunteer for a non-judging role if the attendance is sparse. This isn't a required strategy, and for some of you, you'd never do it. For me over the last 10 years, its been great at calming my nerves, helping me meet people, and, albeit in rare instances, adjust my material.

5. Write a New Speech - yes, you heard me. One past world champion talks about winning his Division contest, and realizing that even though he won, his speech wasn't a District winner. He tossed his speech out and started anew, eventually taking the ultimate prize. What works in your club may not work at a higher level. The comfort level of a club contest is completely different from Area and Division, and many Division Contests are light years away from the atmosphere of District. If you aren't 100% confident in your speech, don't be afraid to throw it out and start over. Judges and audience members alike will be able to tell if you're giving 'the same 'ol speech' vs. the speech on your heart.

6. Practice - but not too much, and not too little. It can be easy to do either. Sometimes we just want to get away from the speech and not look at it til the day before (or the day of) the contest. Other contestants want to practice at every club they can get to between contests. Both carry risks.

Obviously, not practicing at all can leave you unprepared when your name is called, or at the very least, provide you with several pressure-filled hours before the contest. Practicing EVERYWHERE can spoil the impact of your speech at the next contest. It's human nature, even as a judge, to not be as rapt with attention to a speaker they've heard over and over again, much less impressed enough to place you in first over a speaker that is just as good, but they've never heard before.

Practice in the privacy of your home can be beneficial, because you can throw caution to the wind. Experiment with cadence, accent, volume, gestures. Learn your speech backwards. Start in the middle. Their are plenty of practice methods that are much better used at home than in public - take advantage! 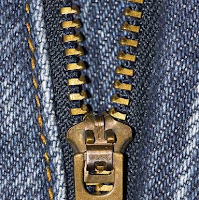 7. Double Check Everything - from the time, date, and location of the contest to your eligibility status. I got lost going to an Area Contest in 2001, and the guy who won that contest went to the World Championship. I've also seen too many people disqualified because their treasurer didn't handle their dues in a timely fashion, and they, or their club, were not in good standing with Toastmasters International. District winners have been removed for these infractions - so take responsibility upon yourself to go to Toastmasters website and know the rules, and your membership and club status!

8. Deliver! - contest day is here, and its your chance to shine again. As I've said before in this series - focus on the audience, enjoy the moment, and you may very well find yourself starting the process all over again.

For the last few weeks I've been writing contest-oriented posts, as Toastmasters International's Spring Contest season begins, and with it, the International Speech Contest, which annually produces a World Champion of Public Speaking. Prior posts include: Why Contests are the Best and Worst Events in Your Speaking Career, Why Does International Become Inspirational?, Are the Contests Fair?, The Top 8 Ways to Guarantee Victory, and I Lost My Contest: Now What?
Posted by Rich Hopkins at 11:36 AM
Email ThisBlogThis!Share to TwitterShare to FacebookShare to Pinterest