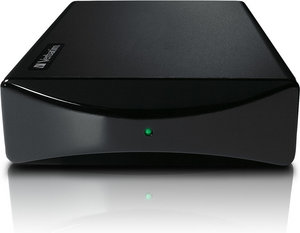 It's sad really. Each year 30,000 some odd contest speeches disappear into the dark recesses of hard drives all over the world, never to be heard again. Some never made it past the club level, others died their final death one step short of being immortalized by Bill Stephens at the Semi-Finals and World Championships now available annually on DVD. Even among those fortunate few, other than their digital second life, most are never performed live again. 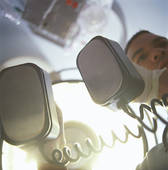 All that time, effort, and passion gets pushed to the side, usually ingloriously labeled with the phrase "losing speech". What a waste. No matter how your contest turned out, your speech can still help audiences - there are still people who need to hear what you have to say. Before you just discard your speech in despondent disgust, consider resuscitating it - it may still live a long and productive life.

1. Rewrite It and Give It Again - take feedback from those who've seen it, make it better, and take it to other clubs for more feedback. Who knows, you may need a great speech next year when you make it all the way to the finals.

2. Salvage It - did some parts work better than others? Take the best and leave the rest, saving stories and humor lines for future speeches.

3. Expand It - five to seven minute speeches have little use in the real world, but your contest speech can grow to a 20 minute speech easily by adding more depth to the stories you used, and combining with additional illustrations to make your point. Offer to give the newly pumped up version at local service clubs - you'll probably be the best speaker they've heard all year.

4. Publish It - polish it up into a blog post or a chapter in that book you've been waiting to write. Offer it as a free download for people who sign up on your website. I've even known people who put a bunch of contest speeches together in a book as a teaching guide to future contestants!

5. MP3 It - record your speech and compile it with other speeches and commentary, and create a downloadable MP3.. Turn it into a CD and use it as a business card when meeting people who are interested in hiring you. Oh - and you can always sell it, too!

6. YouTube It - take the contest recording, or give it again and film it, then post it on You Tube. The real world won't know it 'lost' a contest - they'll just hear your message. A great way to let people see your skills and spread your message across the web.

When you wrote your contest speech, you had a message you wanted to share - letting it disappear into a black hole is unfair to your efforts, your message, and your future audiences. I still recall many 'losing speeches' - and keep in mind not everybody felt you lost. To some, you're tossing out a WINNING speech.

After the contest, your speech still breathes regardless of whether or not you left with a trophy. Only you can truly kill it. Before hitting that empty trash button, consider keeping it alive instead - the world will likely be a better place with your message in it.
Posted by Rich Hopkins at 8:02 AM
Email ThisBlogThis!Share to TwitterShare to FacebookShare to Pinterest