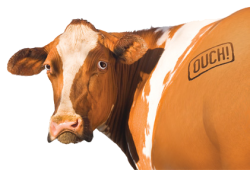 This week I created a bit of a stir on my Facebook wall after announcing that I have stepped down from President from my home club and chosen to switch membership to a smaller club where I will not have an official leadership role - and that it was my feelings on the re-brand that led me to this decision.

For over 80 years, Toastmasters has been viewed as a place to overcome your fear of public speaking. If you wanted to speak at work, in church, or just in general, Toastmasters would get you over your fears - help your 'butterflies fly in formation' so to speak. TM does a spectacularly good job at this mission, and members join specifically for this benefit.

As people become more and more involved in the organization, they find themselves in a position to take leadership roles - a club officer, a district officer, even International Board positions. Because of the need for leadership in a worldwide organization, leadership became a co-existing, if somewhat secondary, aspect of Toastmasters. A formal leadership track was introduced, and over the years has continued to transform. It's still not as complete or comprehensive as the speaking track, but they are committed to continuing to 'beef it up'.

This strikes me as a poor move for our organization for a few reasons:

2. The re-brand comes with no change in our leadership program. No new manuals, awards, programs. People keep saying "Rich, nothing has changed, your club won't feel a thing" essentially. Well, yeah, that's part of the problem. If the organization really wants to shift gears, then launch more than lip service. Launch an actual program. When people ask me what the re-brand means to them, and my only answer is "nothing yet, we just need to update our banner, lectern and website, and start telling people Toastmasters is Where Leaders are Made, it feels more than a little empty.

3. I don't think the organization is really intending to make speaking secondary - even if the marketing makes it look that way. If this is the case, then the marketing campaign needs to reflect the facts - that speaking and leadership training exist in Toastmasters on a level plane. Don't toss aside our speaking message just to push leadership. Push them together. To use a very tired cliche - don't throw the baby out with the bathwater.

4. IF, and this is a BIG IF, Toastmasters really does want to make leadership the primary component of our organization, then our programs and clubs and culture will be changing drastically over the next 5-10 years. We will essentially go from building cars to building planes. And, IF this is what they want to do, so be it - but it won't be an organization I want to belong to any longer. But again, that's a BIG IF, and I tend to think #3 is closer to reality.

I did it because I disagree with the move to the point that I couldn't be a good little footsoldier/mouthpiece for the organization in a leadership role. That's just not my personality, for good or bad. For the good of the club, they needed a leader willing to buy in to the new direction.

Did I need to leave the club? Probably not. But there's another club closer to my location that is rebuilding, and they need some experienced members. I don't need to officially 'lead' as a TM leader, but I can lead as a speaker, and experienced TM, without getting mixed up in what TM wants me to say or think about the organization. 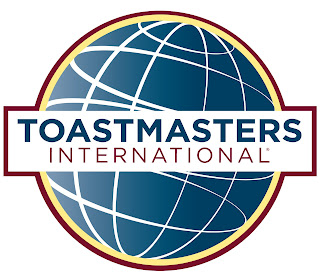 I still recommend Toastmasters for those who want to overcome their fear of public speaking, or get feedback on speaking they already do. I owe a lot to Toastmasters for leading me to my current avocation as a speaker and coach. If TM changes to the degree I mention in Scenario #4, I probably won't be around for it - because it won't be the organization I knew, or owe the debt to. Until that doomsday scenario plays out, I'm still a Toastmaster - a speaker and a mentor to the best of my ability.

Many of you will disagree with my viewpoint on the branding, my choice to step down and switch clubs so that I can change my role in the organization. I've been called out as a quitter in public by a few. That's fine. Many of you will agree with me as well. Perhaps a Board Member or two will run across this post, and revisit the plan. Perhaps not. In the end, I did what I felt was right for my club, for me, and even for the good of Toastmasters. We all are entitled to our opinions - and if you disagree with me, that's OK. It's also OK that I disagree with YOU - and hopefully we can all be friends anyway.

My long-term hope for Toastmasters is that this over-correction in course comes back to center - and that our marketing message again reflects who we are and what we do. Speaking AND Leadership vs. Leadership which includes Speaking. It's Marketing 101 - sell to your strength, then up-sell. Even McDonald's, which has been working on going upscale with its coffeehouse branding continues to sell its core - consistent fast food at a low price. Toastmasters offers inexpensive speaking training, and if you want a leadership latte, we have that too.

Toastmasters: Where Leaders Are Made? Yeah, sort of. Truthfully, I believe its: Toastmasters, Where Speakers are Made, and Given the Chance to Be Leaders - If They Are So Inclined.

Posted by Rich Hopkins at 8:58 AM
Email ThisBlogThis!Share to TwitterShare to FacebookShare to Pinterest