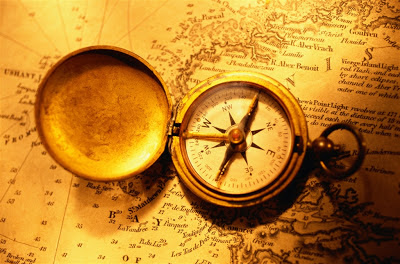 For good reason, really. Life is nothing but a second by second collection of goal achievement, or lack thereof. Goals often result in giant To Do lists - resolutions, in particular, this time of year. If you aren't making goals, some speakers tell you, you probably aren't achieving anything.

My own take is that we're always achieving something, just not necessarily what we wish we were achieving.  Ultimately, we usually do achieve what we REALLY want to achieve, we just won't admit to ourselves we'd rather watch the complete Lost series on Netflix than actually build a website, and we'd rather eat another pint of Ben & Jerry's Half Baked than head to the gym. 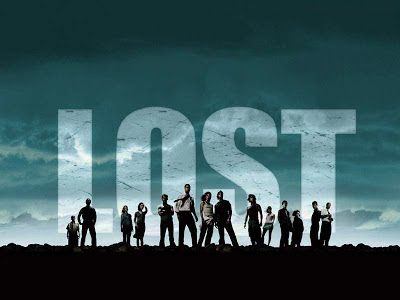 It's also easy to lose hope when you don't realistically see yourself achieving your goals, particularly when you overwhelm yourself with long lists. Most goal-setting gurus will tell you to make smaller, more achievable goals, and that can help.

In other scenarios, our goals face obstacles out of our control, in both the short and long run, physically, medically, or financially.

But lets go back to the concept of 'achieving what we really want to achieve' - because I think much of the truth lay here. If you really wanted to make more money, wouldn't you have? Wouldn't you have traded off whatever you had to to make it happen. Or did you really value security in your job, or not having to face rejection, or not working too hard, or whatever it is you DID do more than you supposed goal of making more money?

This isn't always a bad thing. Sometimes, the way to make more money is to leave your family in the dust and start over. Well, if money is what's MOST important, you'll probably do it. But most of us probably value our families more, and so we'll stop short of doing ANYTHING necessary.

Whether it's money or weight-loss or relationships or whatever - it applies. You either want what you have or you want to change it, which means giving up what you have now. Doesn't mean you can't have more than one thing in your life - I'm not trying to break up families here. More likely, it's not your family you'll have to sacrifice - it's your time in front of the TV, your time pursuing non-productive goals, even your time with your vaunted 'To Do' list.

For me this year, I still want goals. But I want each goal to lead to a destination - a giant goal. If I can create goals that I can have complete faith in - knowing that achieving each one brings me closer to the one place I want to reach in my life, to ensure that I hang onto what is most important and improve upon it as well, I believe I'll be better off, that I'll be able to more effectively set and do each one.

Essentially, instead of a 'To Do' list, I want a 'To Become' list - a series of activities I need to do to become who I want to be to a greater degree than I am now. 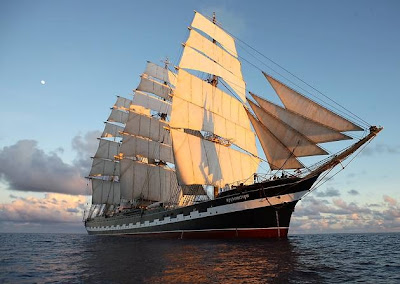 This isn't a new concept - it's fairly close to a 'Mission Statement' - though I prefer to think of it more as I've referred to it above - a Destination, which each goal being a course correction or paddle stroke that brings me closer. Covey-esque, perhaps, but he didn't invent it anymore than I am.

This post may be the closest I've come in a long time to just 'ranting' here in Speak & Deliver, or simply talking to myself. In my last post, I shared that I had not reached many of my goals, but still kept together what was most important to me: My Family. This year, I'm going to make sure my goals are more closely aligned with my family success, so I never associate negative results with any of them, but identify them simply as another goal closer to my destination, even as I bring my family along for the trip.

Have any thoughts on what I'm thinking, or how it might affect your journey upcoming? Let me know in the comments below.....

Posted by Rich Hopkins at 2:13 PM
Email ThisBlogThis!Share to TwitterShare to FacebookShare to Pinterest