Don't you love the feeling right after you finish a speech?

The crowd claps, maybe even stands, you shake the hand of the emcee, walk off and smile and wave, both energized and relieved that you've done your best. What a rush! For about 30 seconds. 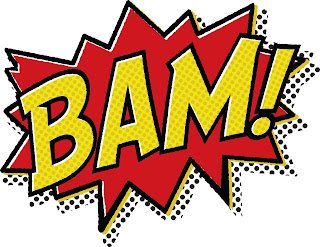 Speaker's Remorse. You start thinking about EVERYTHING you did wrong. What you left out, from words to gestures to stage movements, to that humor twist at the end which would have left your audience feeling even better! Grumble, grumble, grumble.

Then you start thinking about how what you DID say wasn't perfect - this part fell flat, that transition could have been better, and, ugh, why did I wear this outfit?

It happens to the best of us. Unless we've memorized and practiced and given the presentation hundreds of times - well, it can happen EVEN THEN.

Last Fall, I gave a short keynote in Ft. Collins for the District 26 Toastmaster Leadership training. It was a well-received speech that focused on my Mom unexpectedly becoming the leader in our family. I sat down, and immediately thought about three different parts of the speech:

1. I had left a couple of items out (not that anyone in the audience would know) about my mom's journey
2. The humor bit involving 2001 Toastmaster World Champion of Public Speaking Darren LaCroix (there was a cutout of him on stage with me) could be enhanced even WITHOUT the cutout to this particular audience
3. I could've shifted the force of the keynote from Win Anyway to Lead Anyway, and be more in tune with the tone of the event

Again - it was still well-received, but I had immediate changes to consider if I were to deliver this again.


Last weekend, I had the chance to deliver essentially the same address to in Denver for their version of the training event, and I implemented those changes, to great success. More laughs, more emotional connection, and more intensity with the Lead Anyway approach.

Even then, I sat down realizing there was a line I left out at the end with a key humor line - just lost to the moment. C'est la vie, no one noticed but me.

The next time you speak, and are faced with those moments right after you speak? Take notes, immediately. Send an email to yourself. Some of your best ideas, and best editing can come right after you speak. Go back and listen/watch the video you no doubt took of yourself. Transcribe it, and see where your mind goes when you speak LIVE.

We are our own worst critics, most of the time. Don't internalize it and make yourself miserable - document it and use it to improve. Share YOUR Speaker's Remorse stories below - then go out and Speak....and Deliver.


Posted by Rich Hopkins at 10:23 AM
Email ThisBlogThis!Share to TwitterShare to FacebookShare to Pinterest