Do You Speak with Glee? 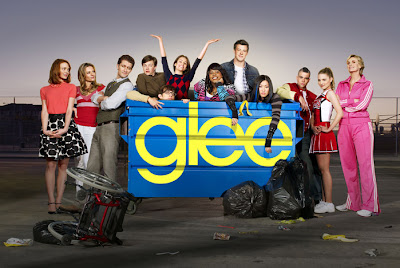 I'm a year and a half late on the bandwagon.

I haven't seen a single Season 2 episode. But I'm a fan - a big fan of Glee - yes, even a Gleek. Kristi and I watched Season 1 in Oct/Nov by way of Netflix. Now we're stuck waiting for the current episodes to show up on DVD - because heaven forbid we mess with the Glee timeline.

Frankly, I enjoy it much more than I thought I would, and more than I even wanted to, after being dragged in front of the TV screen kicking and screaming by my darling wife.

We often speak to audiences that go in to our presentations thinking the same thing I thought as I heard the Glee them ring out from my TV's speakers - "I don't want to be here, and I certainly am not going to get anything out of it!"

Within my Glee conversion lies secrets which every speaker needs to know.
A. Commit to your Message

Will Schuster (Glee Director) and Sue Sylvester (Cheerleading Coach) play roles that are clearly defined, polarizing to such an extreme degree its comical. Will is committed to the Glee Club and his Students, Sue is committed to Sue, to winning, and to destroying the Glee Club in anyway possible. 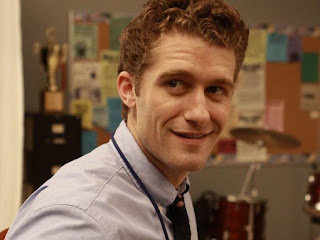 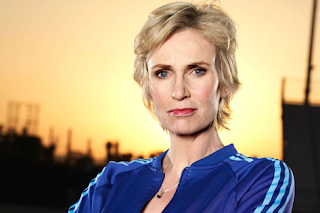 Are you willing to be committed to your message with such passion and vigor that your audience has no other choice but to jump up and take notice? So committed that people leave with an opinion of your topic whether they wanted to have one or not?

Don't be wishy washy - be willing to be the villain, if need be. At least you'll be remembered.

B. Build a Unifying Theme

A lot of today's TV shows attempt to pick a topic (Truth, Honesty, Relationships, Fear) and illustrate it many ways through their cast of characters. By the end, it all gets tied up neatly, with each mini-drama funneling back into the overall theme. Everybody has their answers.

No matter how many stories you tell, or points you might want to get across in a given presentation, you should still have a Unifying Theme. Everything should dovetail into your overall point, even if you are using vastly different subpoints within the theme. If you're having trouble figuring out how to work a point into your speech, you may not need that point, or you may need a new speech.

Make sure everybody leaves with their answers!

Part of Glee's appeal is the use of familiar music sung by the castmembers throughout each episode. The music captures our imagination, touches on our own memories and feelings, and melodically carries us into an emotional high that remains during the plot-driven parts of the show.

While you can certainly incorporate song into your speaking, it's not what most of us will do, much less do well. I'll address that in a different post. Where we as speakers can capture emotion is in our storytelling. Are your stories hitting a strong enough chord with your audience? Are you pitching Beach Boy stories to an Aerosmith crowd? They need to feel the pain of the problem, the excitement of the solution, and the joy of their end result.

Get them in touch with their emotions, and your connection with them will carry your message into their hearts.

D. Twist on the Familiar

These work because we know what to expect from them, they are easy for us to identify with as characters, even as the writers set us up for an unexpected character twist. Your speaking can benefit from this approach as well. Use story types and character stereotypes people are used to as a connection shortcut. When you throw in an unexpected end, and give those characters the heroic, a-ha moments, you'll give your points greater power and memorability in the minds of your listeners. 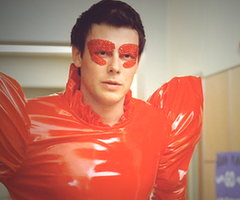 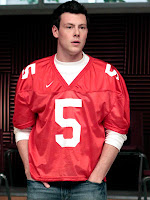 Give your audience something familiar to latch onto quickly, then drive your point home with a twist.

Your audience has a preconceived notion of both you and what they expect to get from you before you ever begin. It's your job to turn them around, and get them excited about your message, if not you. When you Commit to Your Message, Build a Unifying Theme, use Emotional Notes, and put a Twist on the Familiar, you'll be speaking with -- and they'll be listening with -- GLEE!

Below is their cover of Defying Gravity - my favorite, so far, from the show.

After hearing that, it's impossible for me to not want to go out and wow the crowd - to Speak...& Deliver!