Toastmasters Friday: Getting Back on Track 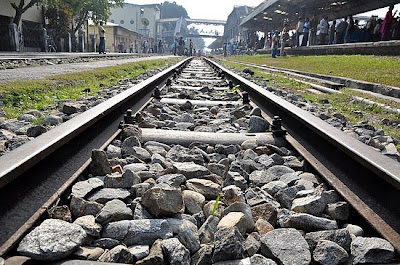 2010 saw me jump the tracks a bit, when it comes to Toastmasters.

I started off as a Division Governor, and promptly took a job that kept me out of town the remainder of my term. I can admit I was a DivGov in name only, and my Area Governors did everything while I was away. I wouldn't even count the office towards a TM award, at this point.

I did get a chance to visit various clubs in Wisconsin, Nebraska, South Dakota, and Minnesota, which was nice, and went to a club in London on the last day of my business trip to Europe. I met a lot of cool people, and was reminded how well the TM model works for the average person just looking to overcome their fear of public speaking. 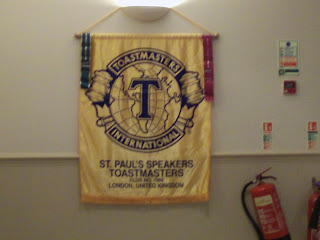 I visited several clubs here in Colorado, and even managed to attend a contest in which an eventual 2010 World Championship of Public Speaking Finalist appeared.

I'm currently a member of Arvada Speakeasy, but have only been attending 1 of 4 meetings - a terrible record, I know. I did attend this week though, and look forward to at least one more meeting in December.

In January, I wrote about Not Letting Toastmasters Hurt You In 2010 - days before I knew I had the job that would totally change my involvement with the organization. Heading into 2011, I'll get a better chance to put those ideas back into practice.

My most important goals in Toastmasters this year are, first, sharpening my current stories and keynotes, and second, providing support and evaluation to other Toastmasters, regardless of their point of entry in the program.

I also mentioned competition in the post as a great way to improve your skills. I haven't competed since Spring of 2009, after having competed every year since Fall of 2000, my first evaluation contest. The jury is still out on 2011, though I admit I'm leaning towards it. The challenge of a new District, particularly one who has sent 4 contestants to the WCPS in the last 11 years (Bryon Embry, Ian Humphrey, Rory Vaden (who took second the next year, representing a different District), and 2000 Champ Ed Tate), is enticing. We'll see what tomorrow brings.

If you're a TM now - what are you hoping to accomplish in 2011? If you're not a member, consider the benefits of being a member. You'll get out of Toastmasters not just what you put in, but much more, if you keep your eyes, ears, and options open. If nothing else, it's a great way to find a free audience to watch you Speak & Deliver!
Posted by Rich Hopkins at 10:17 AM
Email ThisBlogThis!Share to TwitterShare to FacebookShare to Pinterest