Toastmasters Friday: How Smooth is Your Choreography? 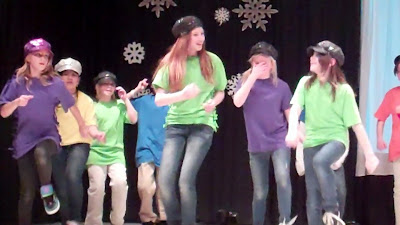 This week I attended my 11 year old daughters first Glee performance. Glee combines singing and dancing, teaching the kids to sing in combination with various moves, from spins to tumbles to catching each other to 'jazz hands' - all in sync with each other. As I watched them warm up, the director urged them to hit their marks cleanly, put emotion into their movements, and be sharp with their hand motions.

All of these concepts are important in speaking and, interestingly enough, are also important in our Toastmaster meetings.

I mentioned last week I was joining Solar Speak, a club that is in the process of rebuilding on a foundation of six members. In the last seven days, the club has been reactivated, and my membership in TM has been reinstated, after a whopping two weeks exile after not renewing with my old club.

Part of the club's goals were to hold better meetings. Most of the members had never seen a meeting outside our own, so our soon-to-be club coach arranged a demonstration meeting, bringing in Toastmasters from nearby clubs to hold a meeting 'by the book'.

I've been to over 100 clubs in my years as a Toastmaster, and close to 1000 meetings, and I thought last night was a terrific representation of a typical club experience. Two speakers,Topics, a humorist, club business, an ah master, a grammarian, a general evaluator (me) - all the pieces were there. 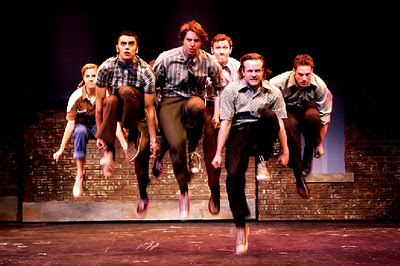 But its not the pieces that count. The club had experienced all of those before. It was how the pieces were choreographed that made the difference. The preparation, so everyone knew what they were doing. The agendas printed for everyone to keep track of the proceedings. The strong transitions from President to Toastmaster to Evaluator to Speaker, etc, that come from repeated practice.

All of these 'moves', when done with precision, create an organized meeting that shows our members, and especially our visitors, that we are committed to our performance. When they are done with semi-precision, they realize it's a place where we're all still growing. When there done with little or no precision, that's when we look disorganized and disinterested.

- The Handoff. During the Glee concert, several kids had there own solo, and they had only one microphone to share. In Toastmasters, only one person controls the meeting at a time. When transitioning from one participant to another in front of the room, work to be consistent in what you do, whether you meet people halfway or make them come to the lectern. Do your best not to cross in front of them when you leave for your seat. Shake hands quickly, and with intention.

- The Switch-Off. One routine also had a the left side of the group sing a musical part, and then toss control to the other side for a different melody. In Toastmasters, we don't always move from ours seats, but instead deliver a report from where we are, while the Toastmaster, Table Topics Master, etc, stay where they are. If you are in control of the meeting, be clear who you are tossing control to, and signal them both verbally and with eye contact so as not to catch them off guard. Conversely, be ready to take it back. It's easy to forget to listen to one report while you are thinking of who you're 'pitching to next' 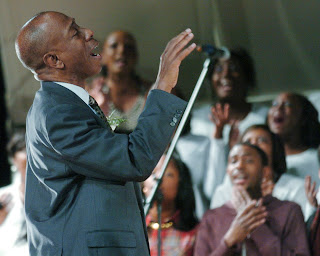 - Leader of the Band. The choreographer was at the performance, and you could see her going through the motions with the kids, perhaps to remind them of what's next. When you're in control of the room, you are not only in charge of the 'Handoffs' and 'Switch-Offs', you are responsible to lead the applause. If it isn't consistent, someone is getting slighted while the audience is distracted with something else. Once you start clapping, everyone else knows to do the same. Slipshod applause can make a meeting appear disorganized at best, or inadvertently vindictive at worst, to a visitor wondering if we don't like Sally as much as John.

Like any dance routine, there's wiggle room, from one Toastmasters club to another, and even from week to week within your own club. The Toastmaster can act as director and move some pieces around. You might try out different evaluation sheets from week to week. You can choose whether the Ah-master clicks during speeches or just during Topics and evaluations, or maybe not at all. While most clubs end up set into a certain routine, flexibility and spontaneity has its place as well.

The key factor in both routine and interpretive choreography is planning and preparation. How ready are your members for their next meeting? Do they know what to expect if you've changed something? Do you have your agenda/program finalized to give people some indication as to what's happening?
There will always be part of Toastmasters that is unplanned. We're human, and life happens. But the more we practices our 'moves', the better we're able to handle those unfortunate trips, drops, and splats in our meetings. The higher we set our standard, the more likely we are to regularly reach a point of competency.

These may seem like basic Toastmaster moves. Not hard at all. ...And, no, they aren't. But just like the 5th and 6th graders in the Glee group I watched last week, it takes time to get everyone on the same page. The parts are not as challenging individually as they can be corporately, and consistently over time. But the more we put them into practice, the greater our 'muscle memory' becomes, and they become second nature.

When our meetings appear to be a group of individuals working in concert to achieve the same overall goals, our members will flourish, our clubs will remain strong, and we'll be ready to go out into the world to Speak...& Deliver.
Posted by Rich Hopkins at 10:01 AM
Email ThisBlogThis!Share to TwitterShare to FacebookShare to Pinterest