Last week, I talked about Walking My Talk, and speaking to a group on short notice. I graded myself out at 8 out of 10. A respondent suggested that while it was great I thought I did so well, how well did the group feel I did? Did I give out what Alan Weiss refers to as 'Smile Sheets' - feedback forms to get comments from the audience?

No, I did not. I rarely do, when speaking in front of an audience that is not made up of speakers. It's not that I don't believe in feedback. I definitely do, and wrote about how to use feedback effectively back in July. It's important, however, how you get it, and who you get it from.

It's not that regular audiences won't have something of value to say, it's that they don't have motivation to say it. They are there to learn something, at best. They may also be there to party that night - going to your session simply to look good to the boss. They are thinking of a million other things than how you are as a speaker. (One would hope you can at least get their mind on what YOU are talking about!) Unless the speaker is simply terrible, most 'Smile Sheets' will offer a mix of mostly complimentary remarks, a few harsh complaints, a couple of out-in-left-field whiners, and a few 'you rocked it, superstar!'. 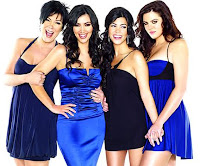 If you are a celebrity, a Kardashian, or even a World Champion speaking to a Toastmasters conference, your 'superstar' percentage will jump. That results from a mix of skill and interest, as well as an expectation created. No one wants to be disappointed, and often people will give great reviews for mediocre performances just to make themselves feel better for being in the audience!

As the speaker, if I give out 'Smile Sheets', I'm giving my audience extra work that looks like I'm more concerned about me than them. Sure, I can offer to give away a book to a random audience member who fills a sheet out, but even that can look a bit shallow.

'Smile Sheets' are usually provided by the event planners, and even they are moving toward online surveys following the event in order to be less intrusive and more efficient (and, Green, I suppose). You might get to see these, you might not. Usually they are designed to benefit the planner - should they bring you back? Even then, some of the questions will be totally unrelated to you as a speaker, from food chosen to room temperature to length of breaks. They may ask if the topic was what they wanted to hear, which may have no bearing on how well you delivered your material at all!

The most valuable feedback I received that day was from a couple of folks who said I changed they way they thought about how they presented themselves, and from the meeting planner who said she'd recommend me to the other chapters of their organization. That type of feedback beats a stack of 5 star reviews any day.

We can't spend our lives as speakers desperate for the approval of every audience member. First, it'll never happen. Second, our being seen as a great speaker isn't even the main point. That isn't to say we shouldn't always be getting better, but it does mean that we shouldn't burden our audiences with grading us. You'll have a pretty good idea of how well you did when it's all said and done.

Save the 'Smile Sheets', feedback forms, and evaluations for Toastmasters and NSA. Their feedback will offer more diversity for you, and likely more criticism you can actually do something with, because they'll be more motivated to actually help you. That is, after all, what they do.

Speak & Deliver, and let the stars fall where they may.

(Ironic PostScript: I now offer the ability for you to rate my blogposts below....)
Posted by Rich Hopkins at 12:52 PM
Email ThisBlogThis!Share to TwitterShare to FacebookShare to Pinterest