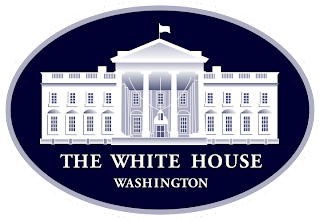 I was so pumped up yesterday watching the videos from President Obama's White House Correspondents Dinner speech - there were so many things he did well in his speech, and a couple places he (and his writers) could have provided greater impact.

First of all, he had some great jokes and jibes throughout the speech - the dinner is designed as a bit of a roast for everyone in attendance, and everything he said was justifiable in the moment. Overall it was very effective - from the videos to the Matt Damon to the 'doubts' cast on his potential opponent true nationality to his sarcasm-laden compliments of Donald Trump. While he went light on his actual 'political' opponents, he went for the jugular on "The Donald", in front of a crowd that clearly didn't hold Mr. Trump in high-esteem.

What didn't work quite as well - the supposed topper in the midst of his Trump riff - the picture of the White House if Trump were to move in. He had reached such a crescendo with the 'decisions that would keep me up at night' comment, that this, despite drawing laughter, seemed anti-climactic. Humor is always a risk, of course. The well-produced King's Speech spoof, went on a bit too long, and offered some uncomfortable moments more fitting for Michael Scott than the President and VP, though it offered a great send-up of movie previews in general, perhaps unintentionally.

While many still see President Obama as a superstar speaker, I have always a hard time with his halting style. His timing with his humor was off in countless places - punching the wrong word and failing to pick up the pace when humor fell flat. He chuckled at much of his own humor, which appeared  either self-serving or indicated it was the first time he'd seen it in front of him.

His transition at the end, however, was delivered well. His change in demeanor, from his facial expressions to the edge in his voice, was wholly appropriate, and brought the audience into an entirely different state of mind.

Overall - it was a great oratorical victory for him when he needed one desperately. He appeared human, he skewered his opposition, and he paid tribute to our military in one 20 minute speech.

What a great blog post this was going to be - as I delved into a minute by minute analysis of humor in leadership. And then, it all changed.

This 'victory' speech showed the strength in tone we have been looking for in our leader, whether we agree with him or not. He took the high road in his tone, despite having just struck a mighty blow in the name of the United States. He gave us a description of how we did it. He honored those who accomplished it and those who died in 9/11 and their families. He reminded us gently that we don't oppose Islam. He even ended with a patriotic excerpt from the Pledge of Allegiance, including the 'under God' portion, without looking like a gloating, red, white, and blue fanatic.

This speech was both well-written and well-delivered, and showed that when he is put in a position to speak on an event carrying this much weight, he is up to the task.

In addition, it makes the dinner speech that much more impressive, when we realize he was the only one in the room knowing how close we were to finding Osama bin Laden, and the risks we were taking to get him, even as he invoked the names of Meatloaf and Gary Busey in the same sentence.

Still, did our President Speak & Deliver this weekend. I still have my reservations about him being a great speaker, regardless of his politics.

It appears that when the pressure is on, President Obama can really Speak & Deliver. Unfortunately, I wonder if he doesn't put enough pressure on himself in his other settings? Does he not realize his every word will carry weight and endure scrutiny? Or does he simply choose not to care unless the situation is important enough to him to do so?
Posted by Rich Hopkins at 9:02 AM
Email ThisBlogThis!Share to TwitterShare to FacebookShare to Pinterest