Toastmasters Friday: Rebranding Could Change Everything 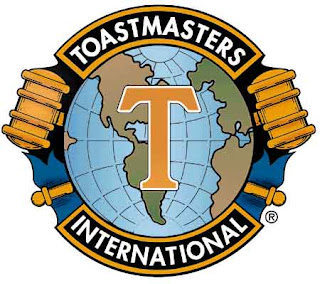 There's been a lot of debate on the internet boards about the upcoming rebranding effort in Toastmasters International. People always worry about change, and there's worry about costs for clubs, freedom of District expression, and, of course, whether or not the logo should keep the gavels in today's electronic age.

Toastmasters says it wants to create a more consistent perception of the organization and its benefits across the board, and feels that a change in graphics will help accomplish that goal. Specifically, they feel the change in look will:

Today, Toastmasters graphic identity is all over the map. District websites look wildly different from one another, as do the individual club sites. Even the logo offers many variations - not all of which have ever been sanctioned by Toastmasters itself.

Regardless of which side of the debate you fall on, rebranding is going to occur. I believe it will take awhile to trickle down to the club level, much as the FreeToastHost club internet site directive has done, but in 5 years, most of the members and potential members of Toastmasters will know us primarily by whatever new look TI puts together - gavels or no.
For all the power a new logo may have for the organization, and for all the wide-reaching goals the organization has set for itself, I suggest that rebranding needs to go deep as well as wide. Deeper into our clubs and individual members - to go beyond how we look on paper - and into the mindset of every Toastmaster.
Let's rebrand the perception of being a Toastmaster Speaker. I've talked about the differences between Toastmasters speaking and real-world speaking before, and I even wrote a post in 2009 about not letting Toastmasters hurt you in 2010 (you can bet my friends on the board were less than thrilled with that title, until, hopefully, they read further...).
If I had a nickel for every time I've heard someone say "you can tell they are a Toastmaster" in a derogatory way, I'd be rich in more than just my name.
For all the tremendous training Toastmasters offers, it also has a reputation for creating the 'Toastmasters Style' in speakers. Speakers who get used to the rhythm of a 5-7 minute speech, to shaking the hand of an introducer, to using overblown gestures, to talking 'at' the audience instead of 'with' them, to having a general tendency to 'go over the top', to getting praised for almost anything they do in their speech beyond fainting altogether.
The Toastmasters style is tough to completely describe, and has as many combinations as the TI logo, but you know it when you see it.

It's a combination of tone, stance, and speech construction that comes with delivering speech after speech to loving audiences that don't tend to give much feedback beyond the evaluator, who may or may not be able to evaluate with the precision and power the speaker really needs. "Amateurs coaching amateurs" is the phrase I repeatedly hear in the professional speaking arena. And, it's true, and still, for the most part, it works.
Toastmasters accomplishes its goal of getting people in front of an audience and enabling them to put together a string of sentences intelligibly for 5-7 minutes, even if they came to their first meeting unable to complete a one minute table topic. This is a wonderful achievement.
Once we've gone through the basic manual, what if we took it a step further? What if each of us, individually, rebranded who we are as a Toastmaster? Instead of pursuing Toastmasters for the sake of Toastmasters, for the next level of awarded achievement, a best speaker ribbon, or even a contest victory, we used Toastmasters and its treasure trove of tools to become a better speaker in the REAL WORLD?
How would this change the way you approached each speech? How would it affect your topic choice? How would it change you as an evaluator? Could you be a better mentor? Would you ask better questions of YOUR mentor? 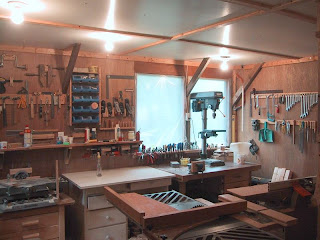 Toastmasters offers a top of the line workshop, with virtually every available tool at our fingertips. Yet most of us spend our time building basic birdhouses - because we get rewarded for completing a project, whether we improve much from our last one or not. In general, the expectations put upon us are too low - and those expectations start from within.
The awards and the ribbons and the trophies and the leadership offices should not simply be a completion on our checklist - but a natural outgrowth of our desire to improve. Instead of writing our speeches in our cars before we walk into the building, we prepare them with the intent of it being our best effort yet. Instead of giving the same old evaluations, we work with our speakers to find out how we can better guide them in achieving their goals outside the meeting as well as inside the manual. Instead of just going through the motions, making the most of each opportunity in our meetings to improve as speakers, regardless of the role.
You may be saying to yourself, "Rich, I do all those things - you're not talking about me." If you're reading my blog, you're probably right - you're more proactive and interested in learning than the average TM. But look around you. Are you showing others around the workshop? Are you raising the level of your club dynamic? Are you taking an active role in preventing the creation of yet another 'Toastmaster Speaker'?
I'm certainly guilty of going through the motions at times. And just when I thought I had reached my highest point in Toastmasters, I realized that's exactly where I was - the highest point IN TOASTMASTERS. I was a terrific Toastmasters speaker. But there is more available to us than that in our organization.
Toastmasters purpose is not to create great Toastmasters. It's to create great communicators. That's the rebranding I'd like to see. A rebranding within each one of us. A change in our personal perception of what it means to be a Toastmaster, and a Toastmasters Speaker. Until we rebrand THAT concept in our heads, many in our organization will never get past the birdhouse.
Take a new blueprint to your next meeting. Pick up that soldering iron for the first time. Start taking yourself, and those in your club, to a new level. When we never have to hear the words "Yeah, you can tell he's in Toastmasters" uttered with a sarcastic groan again, our organization will have accomplished something much more important than standardizing our websites, business cards, and lecterns.
It will have proven that Toastmasters does indeed teach people to Speak...& Deliver.
Posted by Rich Hopkins at 9:15 AM
Email ThisBlogThis!Share to TwitterShare to FacebookShare to Pinterest