Burden of Proof: A Speaker's Responsibility 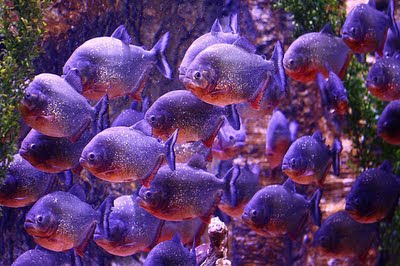 We got him! Osama bin Laden is swimming with the fishes, according to military officials, and out of our hair forever. Or is he? There is already a faction of non-believers forming. Buried at sea? How convenient. Just got him now, on the heels of low approval ratings and Birther rants? Sure we did. Prove it!

No, I don't want to start a debate here on whether we actually got bin Laden or not. The point is that we are a world that demands proof, whether we're discussing place of birth for the oval office, proof of age for buying alchohol and getting into R rated movies, or even the veracity of public speakers.

Yes, you as a speaker are expected to offer proof. Proof that what you are saying is true, has the value you promise, and will work for the audience hearing it. What does that mean, exactly? Are we to bring in our paystubs? Bring in people who we've led to the promised land? Release pictures of the body?

7 Ways to offer proof from the Stage

Existence - the fact that you are there offers proof that someone, somewhere, for some reason felt you already offered proof, and the audience generally works under the assumption of proven until proven unproven.

Demeanor - your confidence on stage will reveal the existence of proof of what you say, even if you never offer it. Confidence often substitutes for proof in politics, sales, and relationships. What that confidence is based on will eventually reveal itself.

Physical Presentation - Sam Walton offers a famous example of a rich man not caring about his physical presentation, often being seen in overalls and a John Deere hat, as legend goes. You are not Sam Walton. Your outfit offers proof of both your success and your confidence in yourself.

Introduction - while you don't want you introduction to be a laundry list of your awards and achievements, adding in a relevant or recent accomplishment can give the audience an anchor point for your credibility.

Storytelling - the stories you choose will often reveal your veracity. If you use the same stories they've heard for years, or just last Sunday in church, you are only proving you listen to other speakers. Use your stories, and prove your experience. Use stories that prove the use of your information, and you prove your message.

Leave Behinds - The information you provide on leave-behind material can provide concrete references, websites to visit, and depth of detail into your subject. Don't lead with them, however, or you may find yourself faced with an audience of heads buried in their handouts.

Products - Got a book? A CD? A DVD? Instant proof - at least further proof than the occasion of the speech. It means you've given your message before, and have enough confidence in it to sell it. 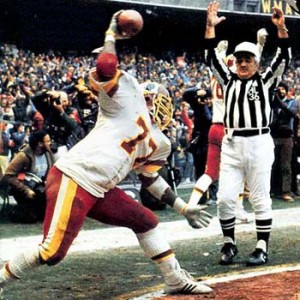 President Obama has refused to release 'death pictures' or video of the burial at sea, stating to CBS that "We don't need to spike the football" - and I think that's fair.

As speakers, though, a bit of a celebratory dance is needed, as long as its done with the intent of benefiting the audience, by offering proof to them of what we're offering them, be it inspiration, finding a better career or relationship, or making efficient use of their time.


Of course, none of this proof will matter in the long run if what the speaker is saying isn't actually true - if their methods aren't effective, the promise isn't real, or the product is garbage.

The integrity of your proof will reflect the integrity you possess. Many are willing to speak on broken promises, pipe dreams, and miracle cures. Their proof sparkles and glitters, but fades in the face of reality.

Provide your audience with proof of all kinds, implied or actual, but ALWAYS REAL - and you will be one of the few who Speak....and Deliver.
Posted by Rich Hopkins at 3:23 PM
Email ThisBlogThis!Share to TwitterShare to FacebookShare to Pinterest