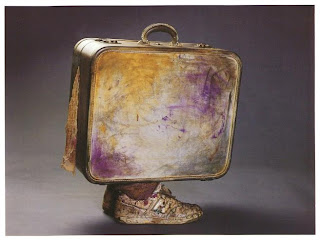 I'm excited to be on this particular adventure. It's not my final destination, but it's definitely a road that brings me closer to my ultimate success as a speaker. And, of course, it gives me a platform to emphatically Speak & Deliver!
Posted by Rich Hopkins at 9:11 PM No comments:
Email ThisBlogThis!Share to TwitterShare to FacebookShare to Pinterest

Don't Let Toastmasters Hurt You in 2010

I hear, from time to time, that Toastmasters carries with it a negative connotation in the professional world of speaking. I've listened to Alan Weiss state that the World Championship of Public Speaking was the World Championship of Amateurism - on a teleseminar with a few of the very Champions he was describing. Tom Antion derides Toastmasters as a bunch of clueless people patting each other on the back while getting upset over ahs and ums.

Is it true? Will Toastmasters ultimately damage your future as a speaker? Will those you want to call peers forever look down their noses at you, even if you win the biggest possible trophy?

But only if you allow it to happen. There are many other speakers who found themselves in Toastmasters and are now seen as standalone professionals as speakers. Sheryl Roush, Johnny Campbell, and Kathleen Gage were all Toastmasters at one time, or still are. As well known in TM circles as they are, Darren LaCroix, Ed Tate, Edward Hearn and Craig Valentine are just a few great examples of World Champions enjoying speaking success outside of the bounds of TM. Even Patricia Fripp went through Toastmasters, and I've heard she competed at a Region Conference back in the day.

From these and other Toastmaster successes, I've gathered the following strategies to ensure Toastmasters doesn't hurt your hoped-for professional career. Some lessons I wish I'd learned more than a few years ago.

1. Don't just collect awards and trophies - collect videos & audios of your work, and testimonials from your audiences, even if you've known them for years.

2. Get involved in leadership and actually DO something. Organizing volunteer activities such as contests, trainings and conferences IS professional experience. Getting volunteers to accomplish anything is a valuable commodity in today's society.

3. Use the speech manuals to support your goals. Believe it or not, you DON'T have to switch your speech from project to project in the basic manual. Crusty old DTM's may debate this, but there are no rules about new content for manuals. Professionals use the same general material for years - use Toastmasters guidelines as a way to improve on your delivery, focusing each project on material you will really use, instead of coming up with one throwaway speech after another.

4. Train your club to give you tougher evaluations, even giving them special requests of what to focus on for individual speeches. When competing, I often designed my own evaluation form to give me the information I felt most important.

5. Quit delivering Toastmaster speeches, and just deliver speeches. 5-7 minutes is fine, and you can even get manual credit. Consider that if you film 10 speeches in a year of you delivering your material as if you were in the real world, you have usable material for products and marketing. Watch your verbiage and your environment. Nothing says TM like "Fellow Toastmasters and Guests" and a big Yellow Banner in the background. Even speaking only once a month, you could easily have an hour or more of usable film and/or audio.

6. Compete. Regardless of trophies, it allows you to refine your skills as a speaker, writer, editor, as well as give you exposure to wider groups of Toastmasters, while giving them exposure to YOU.

7. Volunteer to speak at trainings, conferences, etc - you'll be able to give longer presentations to bigger groups. A win-win.

8. Speak at other clubs - expose yourself to new evaluators and unfamiliar audiences, timeslots, and settings.

9. Look into the Accredited Speaker program (Both the aforementioned Sheryl Roush and Johnny Campbell have been awarded this title). Its the only award TM gives with measurable goals based on both activity and quality. In some circles, it carries more weight than a World Championship trophy.

10. Win the World Championship. OK - only winner per year - not the most reliable strategy, but its certainly an option. It won't send a Brinks Truck to your door, as 2003 Champ Jim Key likes to say, but it'll certainly help you get your foot into a few doors.

11. Understand that TM isn't the end-all be-all. Join NSA. Go to Dale Carnegie training, or the Bill Gove Workshop. Going in, remember, just because you're a DTM, PDG, WCPS, and AS with a closet full of ribbons, certificates and trophies, chances are nobody will care. Unless they, like you, are a Toastmaster.

12. Find a mentor or hire a coach - even if they're a Toastmaster. Find someone who has done what you want to do, or whose speaking you respect. Focused time with a coach will push you farther in several areas of speaking in a fraction of the time it takes waiting to learn in on a weekly basis.

13. Speak outside of Toastmasters as often as possible. Rotary, Lions, Non-profit Organizations and Chambers all use speakers regularly - there are plenty of opportunities if you choose to look.

To a point, the detractors of Toastmasters are correct. Toastmasters does not create great professional speakers. It's not a mill designed to churn out great speakers - its an organization dedicated to helping people overcome their fear, build competence as speakers, and try their hand in leadership roles. Only those who decide to use the program specifically to drive them to their final destination will find themselves successes in the real world.

In 2010, put as much into Toastmasters as you want to get out of it. Align its opportunities with your goals. Find rewards in helping others while advancing your own agenda.

Finally, don't get lost in the praise and supportive sub-culture of the organization. TM isn't designed to harden you to the outside world, but simply help you get your wobbly legs underneath you so you can take your first few steps, and provide open spaces for you to take your first run.

I love Toastmasters, the organization, the program, the people. If you do as well, then honor them in this one simple fashion: be the success that proves the worth of Toastmasters, instead of using Toastmasters to prove your success!
Posted by Rich Hopkins at 5:42 PM 11 comments:
Email ThisBlogThis!Share to TwitterShare to FacebookShare to Pinterest
Newer Posts Older Posts Home
Subscribe to: Posts (Atom)