10 Ways a Contestant Can Add Value to their District 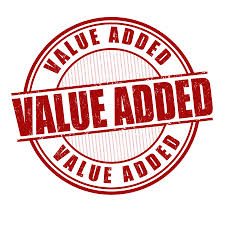 Recently in the Toastmasters Official Facebook group, the topic of a International contestant's value to Toastmasters, or rather 'lack thereof' came up. It was suggested that winners of speech contests are often in it just for themselves, as they chase the trophy, and do little else for Toastmasters.

That was a grand sweeping statement, and I know many, many contestants who do a great deal within Toastmasters, both outside of their competing, as well as as a byproduct of their victories.

But the comment wouldn't have come up if it weren't true in some cases. Maybe it's a new contestant that is getting overwhelmed and is overly focused on themselves. Maybe it's a truly selfish contestant - people are people, after all. At the same time, maybe it's the District - not reaching out to the contestant, not taking advantage of the opportunity to support and promote their winners.

For now, I'm going to focus on you (or your friends) as a contestant - we can only control our own actions, and we can contribute. This goes for ALL contestants - winners and losers at ANY level - but especially for those of you that are fortunate enough to go to the International Semi Finals, Finals, or even win it ALL.

Ten Ways to Add Value Beyond the Trophy on your Desk...

1. Visit other clubs - you've got to practice anyway, right? Schedule yourself at clubs - summer is often a tough time for them to have full speaker slates. I've found most clubs more than happy to bring contestants in, and they'll often promote that they have a 'World Championship Contestant' in order to fill their room. Don't want to practice your speech that much? Offer to come and give a different speech that interests you and them. Afraid they'll say no? Some will - but at least they know you tried.

2. Volunteer at your TLI - the next big project for your district after the Conferences is the Toastmaster Leadership Institute. Volunteer to train officers, give an educational session, or to keynote the event. No speaking slots available? Work the registration table, bring food, be a Sgt. at Arms, or a room host!

3. Write for the Newsletter - your article could be contest related, speech-writing related, or anything else you know that might be of value to the District readership. Newsletter editors are often desperate for content - become their ally, and fill some of that space for them.

4. Use Social Media - promote Toastmasters on your Twitter, Facebook, LinkedIn, Instagram, whatever. Your club, your district, the organization itself. Write a blogpost, or twenty, about your journey to the championships. Post pictures. Tell the world about all your great experiences both as a competitor and as a 'plain old Toastmaster', and share the stories of others as well.

5. Contact Your Local Media - don't just rely on your District to contact the local paper - you can write a press release easily - go here for a template. I've been featured in my local paper in all three Districts I've competed out of, and I've seen other contestants score radio and TV spots as well. Don't just talk about the contest - get the Toastmaster message out there!

6. Speak Outside TM - schedule yourself at local service clubs - Rotary, Kiwanis, Lions, Optimists and the like. Practice your contest speech in combination with a speech promoting the TM program. You'll get good practice in a non-TM environment, and meet a lot of amazing people.

7. Take a Club Officer Role - just a month after your victory, all the officers are shifting. Why not be the next President, VPEd, or Secretary. Show your club you're in it for more than the shiny trophies. It won't effect your eligibility a bit.

8. Support Demo Meetings - your District is always trying to grow, and spread the goodness of Toastmasters to the world. Volunteer for a role - ANY ROLE - at a demo meeting. Your leaders will love you for it.

9. Coach, Sponsor or Mentor a Club - After that demo meeting, those newly chartering clubs will need a sponsor or a mentor. Why not you? Their are other clubs that may be flagging that could use your experience and enthusiasm as a coach, as well.

10. Don't Compete Every Year - Yes, I've competed 11 out of 14 years, so I know this can be a tough suggestion. But I've also served as an Area and Division Governor (now Director, for you newbies), and even taken a year off to just...take a year off. I'm even a DTM, finally. There's no rule that says you can't compete every year, but some districts are less likely to suffer serial contestants (like me) than others. Consider that their tolerance of you might be proportionate to how much value you provide along the way - just sayin'.

Do you HAVE to do any of these things? No. But not adding value is likely at the heart of the comments I've heard. Don't become so focused on your own goals that you forget the people that helped put you in position to reach them.

I would suggest that as contestants we have a responsibility to serve our Districts, to serve Toastmasters in general. They have provided us the stage. Use it to Speak & Deliver the right messages - messages of communication, service and leadership that define our organization.