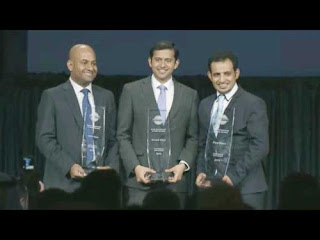 Sharookh Daroowala, DTM, is the founding President of Competitive Speakers Vancouver and Advanced Leaders Lab.  A multi-category Champion in one of the largest Districts in the world, Sharookh was a Finalist at the 2014 World Championship of Public Speaking in Kuala Lumpur.  In the Revitalized Education Program, one of Sharookh’s speeches will be featured in the module “Connect With Storytelling”.  Sharookh is a motivational speaker and a Certified World Class Speaking Coach.  He can be reached at Daroowala@shaw.ca
Posted by Rich Hopkins at 4:49 AM 1 comment:
Email ThisBlogThis!Share to TwitterShare to FacebookShare to Pinterest 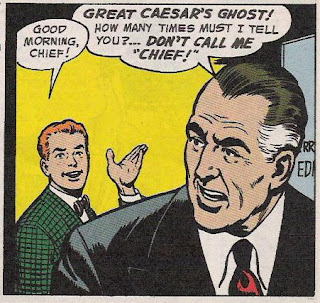 Great Caesar's Ghost! Has it really been since September 7th, 2015? Has Speak & Deliver been left dormant for 4 long months?

Indeed, it appears so. Of course, we're in a New Year - which means lots of excitement and plans and goals - and bringing myself back to the keyboard for blogging is one of my big ones.

While the blog has been dormant - I have NOT been. I've been OUT there speaking and delivering - at conferences is New Mexico, Oklahoma and Kansas City. I've been coaching a great deal - and am having a great time connecting my new clients with their best messages - both for Keynotes and Contests.

Perhaps one of my biggest obstacles to writing here has been the 'illusion of originality'. I've been blogging here for nearly 7 years, and hate repeating myself. Of course, as speakers, we repeat ourselves all the time! Here, however, I've been a stickler for new ideas, new concepts, new subjects. I'm going to be less so this year, while still aiming to bring new thoughts to topics that might be old ground here.

I'll also continue with speaking related book reviews, and using more guest posts. If you want to write a guest post - email me at rich@richhopkins.com. I'd love to add your thoughts to the larger conversation.

It's easy to get sidetracked, especially when good things are happening. Speak & Deliver, however, is one of the places it all began - because of you, my faithful readers. Expect more, expect better. From me, certainly. And of course, from yourself - where will YOU Speak & Deliver in 2016?
Posted by Rich Hopkins at 6:28 AM 1 comment:
Email ThisBlogThis!Share to TwitterShare to FacebookShare to Pinterest
Newer Posts Older Posts Home
Subscribe to: Posts (Atom)