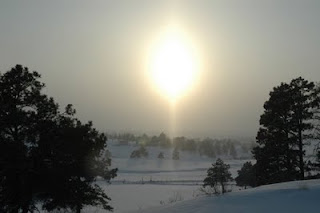 photography by Bruce F. Webster
Many a speaker has been stunted, stalled, or simply shut-down over the desire to be original, myself included.

Today is the day to GET OVER IT. There are no original ideas left. There's nothing new under the sun, to un-originally paraphrase the book of Ecclesiastes in the Holy Bible.

What's really sad, is that this is one of the oldest, most unoriginal lessons in the book, and yet many speakers never learn it well enough to explode through it. Instead we stare at our walls of books by other speakers who have made millions talking about OUR topics. If only WE had been Tony Robbins, Brian Tracy, Jeanne Robertson, Patricia Fripp, or Les Brown before THEY were!

Guess what? Dale Carnegie, Napoleon Hill, Earl Nightingale, Jim Rohn, and Norman Vincent Peale WERE those people before they were! Antiphon, Demosthenes, Aristotle...great orators have been around since the beginning of time, and they have all spoken on Change, Leadership, Self-Empowerment, etc. They may not have talked specifically about PowerPoint, but you can be sure they covered the pertinent points of presentations in their generation.

Even as you become a learned expert in your field, you become keenly aware of those that have preceded you. The more you delve into your topic, the more competition you find. When you find yourself discouraged or disheartened, feeling like a tiny voice shouting out of a crowded marketplace of speakers, trainers and consultants, remember the following:

2. Repetition.
Almost everything there is to learn needs to be learned more than once (exceptions usually involve sky-diving and bungee jumping).

3. Repetition.
Just because they've heard it, read it, or done it before, doesn't mean they remember it, are doing it correctly, or even understood it.

4. The Power of You.
As a new speaker, your audience hasn't heard this idea from you. They haven't learned it the way YOU learned it. Originality is overrated, but your personal uniqueness is not.

If you're a celebrity or seasoned speaker, your audience often wants to hear what you've always said - just as we go back to hear Journey, Bon Jovi, and even the Beach Boys time and time again, for their older songs even more than anything new they bring to the stage.

5. Cloning is illegal.
Your competition can't be everywhere. Even in an ever-burgeoning market of speakers, their are more venues, more avenues of communication, more people to be reached than ever before.

Originality is overrated. Your unique perspective and passion, however, are not. Your success will not be determined as much by the originality of what you Speak about, but by your ability to Deliver the message effectively.

Don't be discouraged, or worse, envious of those who have come before you. They have beaten down the path - and now that path is yours to charge through.

Today is the day to tell yourself, and announce to the world that YES, there's nothing new under the sun....except YOU.
Posted by Rich Hopkins at 9:49 AM
Email ThisBlogThis!Share to TwitterShare to FacebookShare to Pinterest