For the last few weeks I've been writing contest-oriented posts, as Toastmasters International's Spring Contest season begins, and with it, the International Speech Contest, which annually produces a World Champion of Public Speaking. Prior posts include: Why Contests are the Best and Worst Events in Your Speaking Career, Why Does International Become Inspirational?, and Are the Contests Fair?


Today I want to answer the question most people who start competing really have in their mind - "How do I guarantee victory?" In fact, I have found 8 ways that will make you a virtual lock to be the next World Champion of Public Speaking 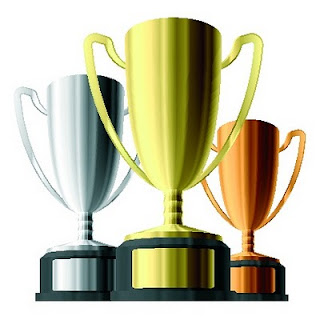 8. Join a club that has no interest in competing, and convince them to send you forward. It works, at least to get you past the first level.

7. Send an email the day before the contest with a helpful, yet incorrect, update as to the contests new time and place to your fellow contestants, after hacking into the Area/Division/District Governor's email account. Make sure you stay in time when you give your speech, of course!

6. Hire a camera crew to come in and film and interview everyone but you. Then widely complain about these other folks being cocky and trying to show you up. Judges hate cockiness.

5. File restraining orders against all fellow contestants. Can you say Punk'd?

4. Hire a transcriber to type all the other contestants speeches onto the internet during the contest, attributing them all to Martin Luther King. Then provide the evidence of plagiarism to the Chief Judge before its too late!


3. Invite your fellow contestants to dinner the night before, and poison their food. No one can be inspiring when doubled over.
2. Cut off your leg just weeks before the contest, show up in a wheelchair, and speak without your prosthetic leg on. Just don't waste this on District or Region, wait for the Big Stage. Take it from one who knows.

1. Bribe the Judges. As I've heard the champions say, you can't cheap your way to the top!

Good luck in the contests folks - and make it fun! And, as Jim Key says, if you run into a coach who is serious about guaranteeing you victory run away - FAR AWAY!
Posted by Rich Hopkins at 9:12 AM
Email ThisBlogThis!Share to TwitterShare to FacebookShare to Pinterest