Toastmasters Friday: The Quest for the Trophy 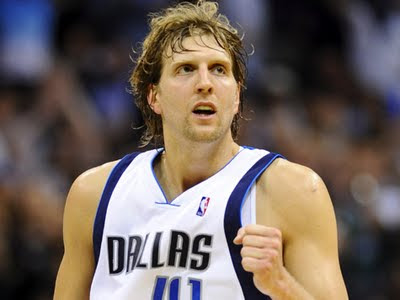 Yesterday I posted a quote on Facebook from the Dallas Maverick's Dirk Nowitzki - a comment he made in post-game press conference following his team last victory over the Oklahoma City Thunder to send them into the NBA Finals.
Dallas, for those of you non-basketball historians, lost in the NBA Finals in 2006 to the Miami Heat, who, ironically, will be their opponent yet again. That year they faced a still powerful Shaquille O'Neal and a young, healthy Dwayne Wade. This year, they face Wade, Chris Bosh, and LeBron James, who teamed up over the summer to create a team of stars whose only success will be found in winning a championship themselves.


"We can enjoy it for a day, but we got one of those trophies already, and it didn't mean anything in the end. I think once you get to the Finals, there is no second-place finish."

Uh-oh. In a couple of weeks, there's going to be some unhappy folks whose entire season will be a complete waste of time, whether they reside in South Beach or the Lone Star State. Many players on both sides have made it to the championship series before - and I'm willing to bet they all echo Dirk's sentiment.

It led to an interesting series of posts throughout the day, and even into this morning. People wondered if he was minimizing victory. Others commented that they understood, and 2nd place isn't always great, no matter how many others were in the race with you. The Zen responses discussed the importance of the journey over the destination.

Toastmasters, of course, has its own championship competition, and after this weekend, all 81 contestants will be determined for the semi-finals August 18th - 9 contests to determine 9 winners who will vie for the World Championship of Public Speaking. I am one of the 81 this year, for the seventh time in the last 10 years. And I totally get Dirk's comment. Yet, when I think about his statement in Toastmasters terms, despite understanding Dirk, I both agree and disagree with him.


A. It's a New Year - every year, the competition is different, from the other speakers to the judges to what the audiences want to hear about. We're different as speakers, and our connections to our stories strengthens or weakens over time. For me this year, I was in an all-new district - one that boasts many WCPS contestants over the last 12 years, as well as the 2000 winner. It's also a bigger talent pool - bigger than both my past two districts combined. The fact that I was able to pull out a victory here is huge for me. I was out of my comfort zone, knew very few people ahead of the District Conference ahead of time, and didn't know what to expect out of my competition. Regardless of Vegas, this is a victory I will cherish. 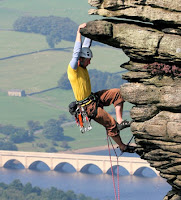 B. The Journey DOES Count - even when you've been on it before. Dirk is a 9-time All-Star, consistently made the playoffs, and come up just short after being up 2 games to none in the Finals. Me? For the past 11 years, I've competed in this contest. I've gotten lost going to the Area Contest and missed it (2001), lost at division and watched others compete at the next level, taken 2nd at Division and competed and won District anyway in a District that sends 1st and 2nd forward, gone OT at Region, finished 2nd at Region three times, finished third at the Championship, and finished out of the running at the Championship. This year, I only made it to District because the person who beat me couldn't make the District contest. Every year I've learned something about Toastmasters, about speaking, about myself. Dirk, when all is said and done, has likely learned to be a better player and a better teammate along the way. There is victory in the process, if not the victory most of us focus on in the midst of competition.


C. There is Always Something More, Different, or Better - even for Dirk. He may think his legacy in the NBA rides on winning a championship. But once he wins it, he will think his legacy rides on winning another one. In Toastmasters, once you win it, you're done. But even then, there's more. It's not instant success, it's not a final peace, unless, I suppose, you get hit by a truck on your way out of the conference center. (If this happens to me, please bury me with the trophy...) Even if Dirk or I or any of the other 80 speakers who go home a 'loser' this year, there is always something more. For Dirk, he's got millions of dollars to invest into business, and maybe a shot in the broadcast booth. For me, I'll trade my opportunity to win a championship for being remembered as a great dad and husband, and a successful speaking career. Many a Toastmaster has gone on to be very successful as a speaker without ever bringing home the WCPS trophy.


D. We Have an Example to Set - Dirk is a role model to millions of kids around the world. I'm a role model to six kids under my roof. If we set winning as the only goal, what does that say to our kids when they take 2nd at the science fair, or fail to get cast into the school play? Yes, I want my kids to be competitive. Yes, I want them to strive to be their best. But when there's only one ultimate winner - there will always be worthy contenders that lose out, even if they would have been as good or better than the winner going forward. I want my kids to take victories in the process and the effort, even if the result isn't what they expected or hoped. (Which means I should now take my 2nd place Topics trophy out of the car and put it next to it's slightly larger, 1st Place International twin...)


Why I agree - just one reason really - Because I'm Human. Humans want what we want - whether its grades or relationships or money or happiness - and when we get so close to something we've dreamed about for years, we get the concept drilled into our heads that we're weak for being happy 'just to be there'. Win Win Win! Just Win Baby! Nobody Remembers 2nd Place! (Robert MacKenzie, actually, in 2010). In those private moments, most of us feel just like Dirk does when we come to the precipice of a glorious victory. We just don't have press conferences to catch those unguarded moments.


So I've got 85 days to accomplish a goal I've had in my mind for over a decade. So do 80 others, including at least seven speakers who've been to the Finals before, and several more who've made it to the Semi's before, and several more besides who have been working for years just to win District for the first time. Folks - we're all winners. By 11 am August 20th, all but one of us will be losers, to one degree or another, until we reframe our perspective to focus on the journey, and the example we will set. 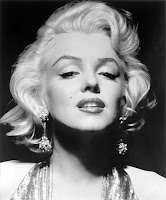 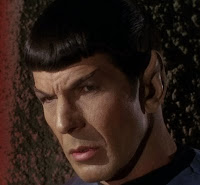 Eventually, even the winner, once the rush is gone, will sit and think to themselves - OK, now what? Marilyn Monroe once said "Dreaming about being an actress, is more exciting then being one." Even Spock once said "After a time, you may find that having is not so pleasing a thing, after all, as wanting. It is not logical, but it is often true."

Regardless of results, we are speakers, with a message worth hearing. Now what? Simple. Go Speak & Deliver, and you will Win Anyway.


For the last few months, I've been writing contest-oriented posts, as Toastmasters International's Spring Contest season begins, and with it, the International Speech Contest, which annually produces a World Champion of Public Speaking. Prior posts include: Why Contests are the Best and Worst Events in Your Speaking Career, Why Does International Become Inspirational?, Are the Contests Fair?, The Top 8 Ways to Guarantee Victory, and I Lost My Contest: Now What?

Posted by Rich Hopkins at 7:23 AM
Email ThisBlogThis!Share to TwitterShare to FacebookShare to Pinterest