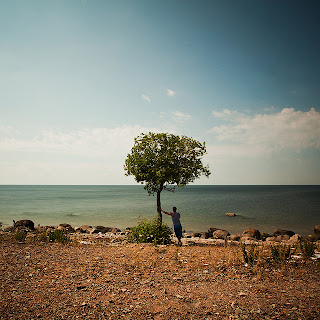 I know how you feel. You spoke in front of a large this morning, delivered a message you've labored over for weeks, months, in some cases, YEARS, and...nothing. Yes, they applauded. But, other than that, NOTHING.

No one came up and said you were brilliant. That you've changed their life. In fact, they all pretty much scattered, leaving you with, at most, a quick handshake and what seems like a courtesy smile. You've failed. Utterly and completely. Or have you? It's not always the primary content of your speech, sometimes it's what you didn't do, what they can't do, or a combination of both.

5.4 Reasons It May or May Not Be Your Fault:

1. You Didn't Ask. You didn't invite them to come talk to you after the speech for questions, or give them an option to for further contact, such as signing up for your newsletter (a page of emails is good feedback).

1.1 You asked someone else to ask, but the emcee didn't read your outro, inviting people to talk with you, go to your website, etc. No matter how many times you go over it, the heat of the moment can get to people who aren't used to speaking, or who are more concerned with getting the meeting over with than reading 30 seconds on your behalf.

2. You Didn't Make Yourself Accessible. You stayed up by your speaking area, making them have to come to you, instead of wading out to the audience. Don't expect them to rush you like you're Brian Tracy or Patricia Fripp.

2.1. Don't let the meeting planners keep you stuck backstage, or whisk you off for a non-essential dinner after your speech, either - you'll look like you're dissing the audience if you don't stick around. 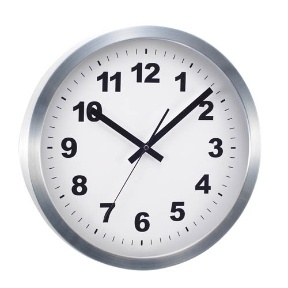 3. You Spoke Too Long. People live on a schedule. If you're at a morning networking meeting, people have to get to work. Lunch meetings are notorious for no one sticking around. Go to late in the evening, and people can get annoyed, impatient, or just plain distracted with their favorite beverages.

3.1. The Schedule is Packed. There is simply no time for people to come talk to you before the next speaker, or the big awards ceremony, or for them to get home at a decent hour. You didn't Speak Too Long - but the planners failed to plan.

4. You Weren't On Their Side. You came in to speak for the management position, perhaps on a controversial topic like fraud, sexual harassment, or dealing with a change nobody really wants to make. They don't want to be seen talking with you by their peers, or they feel you're just a mouthpiece for their boss. In some cases, they're right. The managers don't want to talk to you either, because they have to deal with the fallout of what you just presented.

4.1. The planner failed to tell you the audience would be hostile coming into the room. That can still be your fault, if you don't ask the right questions ahead of time, but sometimes you get hired by folks who are more interested in their message than how the audience will receive it. Don't let yourself get set up to fail.

5. You Stank. OK - that can happen too. We all bomb, occasionally. Did you video it? Do you have a friend in the audience there to give you feedback later? At the very least, take a few minutes to dissect what worked and what didn't, before drowning your sorrows in your hotel room's mini-bar.

It's rare, of course, that you'll get NO feedback at all. But even when we only get one or two people saying we made a difference, it's easy to get discouraged. Most of us thrive on feedback, and, at least a little bit, need those 'attaboys' to feel good about what we just did. 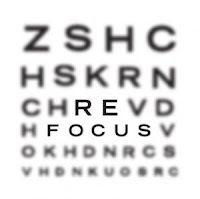 When that happens, it's time to refocus. To remember we're there for them, not the other way around. Just because they didn't come up and tell you how you shifted their paradigm, saved their soul, and convinced them to change everything they do in life, doesn't mean you didn't have impact. It takes time to internalize good information. In fact, it can be easier to leave people in a 'Rah Rah' state that makes you feel great as a speaker, but wears off in an hour, than it is to leave people in a quiet, thoughtful state, internalizing your message.

Delayed reaction can take many forms. An email from an attendee. A recommendation from your client a month later. Somebody may stop you years from now and say "Hey, I was there when....and it changed my life". Or - you may get nothing. Instead, your audience may silently head back into their lives thinking about a new tool, a new perspective, a new hope that you provided - and you'll never know.

That's Silent Impact - and if you take care of your end of the deal, if you work to Speak & Deliver every time you're up there, you'll learn to appreciate it. If you can't, you're probably in the wrong business. Speaking is ultimately for the spoken to, not the speaker.


Posted by Rich Hopkins at 6:36 AM
Email ThisBlogThis!Share to TwitterShare to FacebookShare to Pinterest