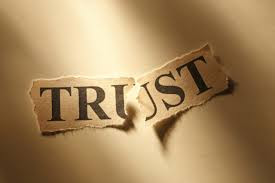 What if Zig Ziglar didn't really sell pots and pans door to door?
What if Les Brown wasn't really pigeon-holed as 'educable retarded'?
What if Tony Robbins never sat in his apartment listening to Neil Diamond sing 'I am I said'?

Three famous stories from three famous and trusted (mostly) high-level speakers. Stories that are theirs - they happened to them, and all add powerful credibility and emotion to their overall messages.

What if...they were lies? Would we still care about these speakers and their messages? Would we discredit them, and dismiss all they've ever said? Would we feel betrayed?

How much of a lie is a lie? Speakers often 'embellish' their stories. Dialogue is polished for maximum efficiency and effect. Times and places may change. Perhaps monetary amounts are fudged a bit. Where do we draw the line, as speakers, and as audiences? When does a 'little white lie' turn into a big fat honking lie that discredits the speaker, and ultimately breaks 'The Speaker's Trust'?

Last week at this time, Toastmasters was holding its annual 'World Championship of Public Speaking'. Speakers from around the world doing there best to reach the audience with touching stories that created laughter and tears. Most were likely first-person accounts of events in their lives - those are typically the most effective in this particular contest.

Nowhere in the rule book for this contest, however, does it mention the stories have to be TRUE. From reports I've heard over the years, there are a few that succeed in advancing, even winning the whole contest, with patently FALSE stories, told as if they were the truth.

2010 Champion David Henderson admitted just hours after the contest that his heart-wrenching first-person account of his childhood friend dying from Sickle Cell Anemia, a speech where he described specific conversations and interactions that had the audience entranced and emotionally invested, was, as he put it, 'Mythologized'. She never existed. The events never happened. You can find this interview by clicking HERE - it starts about halfway through, after the quiz game. (if I had listened to this 3 years ago - this post would have been written 3 years ago...)

He defends it as a way to bring attention to Sickle Cell Anemia. He succeeded at this, to be sure. He also won the entire contest, within the rules. For me, however, he also betrayed 'The Speaker's Trust'.

If you hear a first-person, told as truth story that puts you through an emotional ringer as this speech did, and then find out it's nothing more than a 'Tall Tale' created to make a point, how does that make you feel? Is there no other way to spread awareness? Are there no REAL stories that would work just as well?

Again - David did nothing 'wrong' within the parameters of the contest. It was a fantastic speech. In the context of the event, I thought he was the clear winner. But, what if he had revealed at the close of his speech that his friend never existed? Would the impact been as strong? Would the judges have ruled the same way? 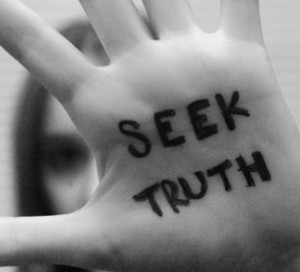 I am not naive enough to believe that every story out of a speaker's mouth is 100% truth. Speakers edit for maximum impact. Speakers tell stories that are metaphors to make a point. Speakers alter timelines, leave out details, and even overly glamorize results.

But when speakers outright manipulate an audience by telling stories as if they really happened to them, particularly emotional tales that will cause the audience to sympathize with the speaker when no sympathy is warranted, I believe it's betrayal. Why should I ever care about anything you say again?

What can we really do about 'The Speaker's Trust'? In the Toastmasters contest, maybe not much. Tough to verify the truth of that many speeches in such a short period of time. For professional speakers like Zig, Les, & Tony, the truth often comes out, and the audience has to decide. (I'm not, by the way, challenging these particular speakers).

'The Speaker's Trust' is a concept we have to honor within ourselves. To be faithful to our audiences, and be willing to draw the line at outright falsehoods. I don't care how good it sounds - if it isn't accurate, you're doing a disservice to your audience, and in the long run, to yourself.
Posted by Rich Hopkins at 8:57 AM
Email ThisBlogThis!Share to TwitterShare to FacebookShare to Pinterest