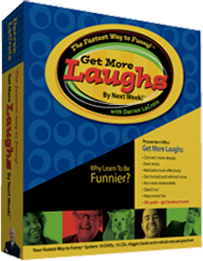 Again - not a book, but let's not pick nits as we approach years end.

Even though I've written my own book on humor, which Darren was kind enough to contribute to in interview form, one should never stand pat on their current skill set. Darren has quite the reputation in Toastmasters and NSA alike as a humorist, has spent countless hours on stage as a stand-up comic, and, oh yeah, is the 2001 World Champion of Public Speaking, for those who might not know.

So I figured his program on humor, 'Get More Laughs', might be worth my time!

The program is a recording, DVD and audio, of a seminar given a few years back, and offers a lot of interaction between Darren and his audience, with members getting up and trying out his tips, and getting feedback along the way, giving it a 'coach-in-a-box' feel as you go along. 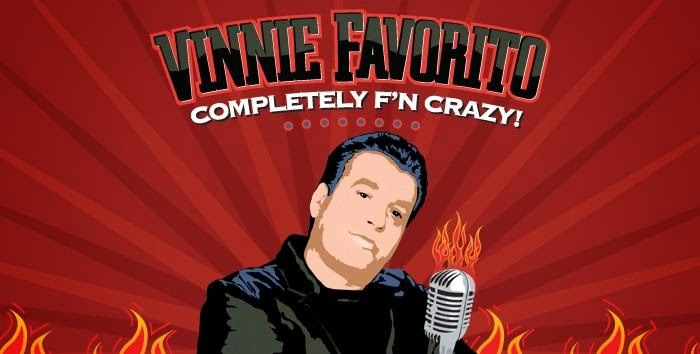 He offers solid content throughout. Formulas to create humor, exercises for us to go through, examples of his own failures and successes, and a wonderful appearance by his humor mentor, Vinnie Favorito. He's a bit raw, but certainly a good source if you're looking to take your humor to the Comedy Club circuit, where Darren focuses a bit more on humor in platform speaking, defining it for us as 'for a comedian, the humor is the message, for a humorist, humor is the medium for the message'.

I will refrain from sharing too much of Darren's material here, though I have some copious notes in my Evernote folder. Still, you'll want to focus in on his '10 to get 2' concept, his excellent live exercises on the 'power of three', his strategies in working with the audience, both as call back material and in dealing with hecklers, and his 'Triangle of Wow'. 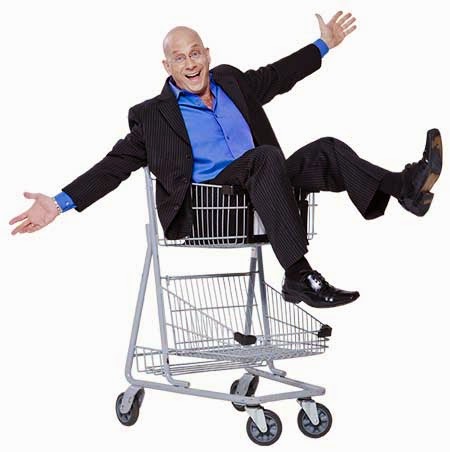 There are moments in this set when he absolutely shines as a coach - being extremely positive with people who sometimes just don't understand what he's trying to get them to do, and encouraging even the most unfunny attempts at using his tactics - knowing it is all about trial and error, and, like all good coaches, being willing to meet his participants where they're at in the process.

He also shows tremendous vulnerability in offering up a non-perfected humorous story of his own, and opening himself to critique by his audience - and he get ripped. It was pretty amazing to hear how critical folks were of his story, which I actually thought had a fair amount of potential. Two things stand out about that session - first, the great diversity of those in our audiences, who will hear what they want to hear, no matter how much we try to direct them, and second, Darren's tough skin, to be able to graciously handle the feedback.

Finally, a couple words of Darren's advice that will stand out to me going forward in speaking with humor:


"Your problem should be humorous, your solution serious"

For those who listen to everything Darren puts out, you will find some repetition as you go through the program. It is well-balanced, however, with new material, humor exercises, personal coaching from stage, and Vinnie's appearance in the program.

Overall, for this humor buff, I found my time well spent listening to the 15-CD set, even the 'Laffirmations' disc, which is a hypnotic-type of approach to teaching the lessons in the course.

4 and a half stars out of 5 - the only caveat being some rough production values on portions of the audio - but well worth your investment.

A quick disclaimer on this review: I only had access to the audio portion of this product, borrowed from a friend. I'm sure I missed some of it's effectiveness in missing the DVDs and the 'Giggle Guide'.
Posted by Rich Hopkins at 9:18 AM
Email ThisBlogThis!Share to TwitterShare to FacebookShare to Pinterest