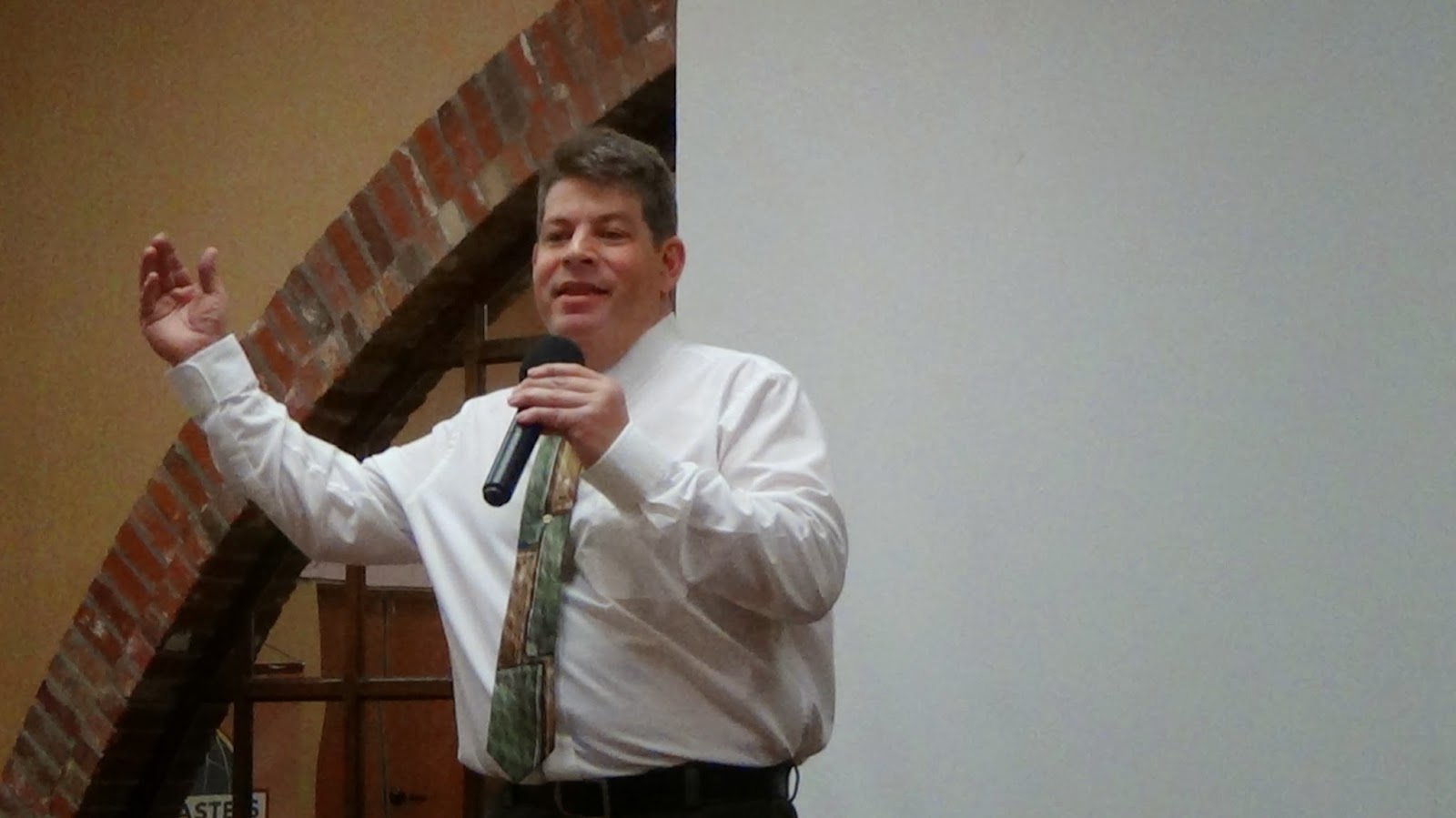 After coming home from the International Conference in August, I haven't done much speaking. In fact, other than a couple of 5-7 minute speeches in my home club toward the end of the year, I've really done NONE.

Over the weekend, I was an educational presenter for my District's TLI - Toastmasters Leadership Institute, and gave a 45 minute session (Unlock Your Keynote) designed to help TMs who want to get their message out to the world in a longer format. Twice, in fact. Once in Denver, then that afternoon in Colorado Springs.

Returning to the stage was extremely satisfying for me. I was glad, for one, that I was ABLE to stand for 45 minutes and deliver, without falling down. For those newcomers to the blog, I had back surgery back in September, which led in large part to my absence from the stage. I was certainly sore by the end of the day, but I rebounded pretty quickly the next day.

My speaking chops weren't terribly rusty, though as I run the experience through my head, there are a lot of things I would do differently, both content and delivery-wise. Isn't that always the way? I had a tremendous amount of positive, appreciative feedback, but I'm always self-critical. Heck, just looking at that picture, my first thought is 'wow, I can tell I'm up 20 lbs since Malaysia'.

One of my challenges, in Toastmasters, at least, is selling from the stage. I didn't bring any books, didn't even ask for information - though I did finally use a handout with some contact info. It's so wrong, I know. It goes against everything I teach my clients to do.

There's an old saying about never being a prophet in your home town - perhaps I've mentally turned that word into 'profit' in my mind. I've never liked asking 'family' for money, and my local Toastmasters feel like close family to me. It's easier when a district (still family, but more like, say, second cousins) flies me out to speak - I know they WANT me to sell, typically, and that these folks don't get to see me all the time.

It's the local folk that I get a bit shy in front of. As a result, I think I actually told folks NOT to hire me as a coach, though my intent was to say there were lots of coaches out there, and I'd happily find them one that would match their style and personality, if I could.

Overall, it was nice to be back, and I'm looking forward to getting out in public a lot more in 2015. Time to actually make those phone calls to Rotary, etc., and get some bookings.

What will year look like? Do you have a plan to speak a certain number of times? Do you have places targeted to speak? Do you know who to talk to? Hmm. Maybe I'll talk more on that in my next post...

For now, I'm just happy to have had the chance to once again give to an audience. To Speak & Deliver!
Posted by Rich Hopkins at 12:51 PM
Email ThisBlogThis!Share to TwitterShare to FacebookShare to Pinterest