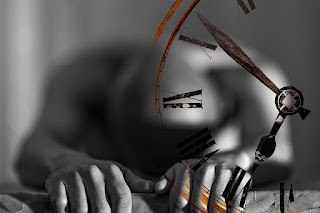 Despite common motivational wisdom, and often worldwide pressure, there's nothing wrong with giving up. We've all given up at one time or another, and we will all give up in the future. No, there's no clever turn coming up later in the article where I suggest giving up giving up. All I suggest is that you consider the following questions before you give up.
Why do you want to give up? Write all the reasons down, whether you think they are good reasons or not. Just get them out, and put them in front of you. Is anyone pushing you to give up?
How do those outside people and forces factor in? Do they matter as much as you think they do? Will they matter in a year? In 5 years?
Where were you when you started, vs. where you are now that you want to give up? What have you achieved? What have you learned? What have you lost?
Consider, one last time, what your vision for success was before you reached the point of giving up. Does it still inspire you? Will not achieving it by choice be worse than the frustration you feel going after it but falling short?
What ONE circumstance could change that would change your mind about giving up? Are you in control of changing it? If you can, do you want to change it?
What do you lose by giving up? Are you ready to lose what you'll lose? The goal, the job, the marriage...the vision of who you wanted to be?
What will OTHER people lose if you give up? Who is invested in your achieving your goal? Who else stands to gain if you don't give up, and reach your goal?
What will you gain by giving up? Time? Relief? Better health?
After you give up, what will you do next? Do you have a different goal in mind? A better goal? If you're planning on resting, how long will you rest before you restart, either on the same goal or a new one?
Do you still want to give up?
Often, giving up comes at a point of such high frustration, we don't give it full consideration, and often feel like we've thought about it so long, and that is consideration enough. Yet answering the above questions requires a full stop, and a broad sweep of all the factors involved.
After all due consideration, you might still want to give up, and it might be the best choice. Sometimes we settle for the good we think we want, and it blinds us to the great that we could actually achieve.
On the other hand, you might decide staying the course is the best option, but now have some new ideas to move forward. Those are important. Giving up is often simply due to a drought of ideas of what to do next.
Give up, or don't. But before you do...answer the questions above! Believe it or not, it's all part of living the WinAnyway Life!
Posted by Rich Hopkins at 7:30 AM
Email ThisBlogThis!Share to TwitterShare to FacebookShare to Pinterest