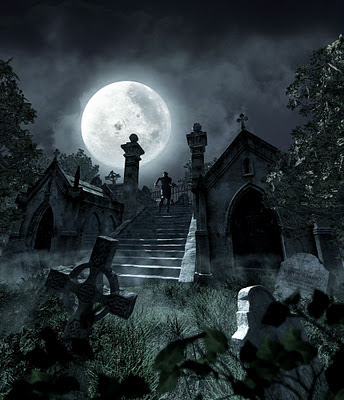 I admit I listen to more speakers than the average person. I'm a fan, a student, and a critic. Over the years, there are several stories that seem to be 'general domain' (for you computer geeks, think "Open Source"), and are used and occasionally altered depending on the occasion. Some are made out of whole cloth, others seem to be parables passed down from generation to generation, without attribution.

Ben & Jerry's has flavor graveyard for retired ice cream concoctions, so I'm starting Speak & Deliver's Story Graveyard, in hopes of putting these tired old yarns to rest, once and for all. Sound the funeral dirge for the following seven motivational tales:

1) The Harvard/Yale/Princeton Goal Setting Story. I blogged about this earlier this year. Great tale about graduates in the 50's writing down their goals. Only a few did, but those few went on to out-earn all the other class graduates combined. I know people who have lived their life quite successfully based on the principles taught in this tale, but it isn't true nonetheless, and deserves to be six feet under.

2) Stuck Semi Story. A giant semi gets stuck under an overpass, and while tow trucks, fire engines and police forces struggle to wedge it free, a six-year-old boy asks the Police Chief why they don't just let the air out of the trucks tires and back it out. D'OH! I admit to really liking this story. But I've heard it from way too many motivational speakers and preachers.

3) Put the Man and Boy Together and the World Comes Together Story. Last heard from Robin Sharma at the Toastmasters International Conference in August, this is a cute little tale about a boy whose father doesn't have time to spend with him. The dad tears a magazine ad up that has a map of the whole world on it, and tells him to put it back together. The boy comes back quickly, to the dad's amazement. Turns out there was a picture of a man and his son on the other side, and the boy put that together instead. Awwww. Puke. 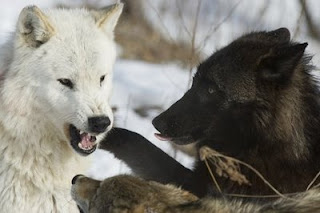 4) Feed The Right Wolf Story. Often adapted from an old Cherokee legend - we each have two wolves - a good one and a bad one. Which one is strongest? The one we feed, of course. Nice metaphor, but far too common. Consider changing it to a python, at least.

5) Sheik Gives Golf Course Story. The nice golf pro gives golf lessons to an Arab Sheik, the Sheik offers to reward him. The pro says he collects golf clubs, and the Sheik can buy him one for his collection. The Sheik then proceeds to send him the deed to an entire Golf Club. A nice parable that never actually happened. Last heard from Joel Osteen, but he heard it from Zig Ziglar, I'm sure. 18 holes aren't enough to bury this sucker. 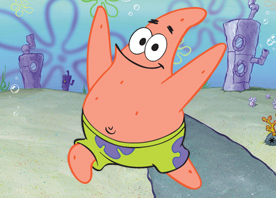 6) The Starfish Story. Boy throws starfish back into the ocean, Dad questions his logic, since he can't possibly throw all the starfish on the beach back to their natural environment - that what he's doing doesn't matter. Boy says it matters to that ONE. Yeesh. Anyone got a toothbrush? Among the most overtold EVER.

7) Lincoln, Edison, Churchill - Perseverance Stories. Lincoln didn't really fail all those times, at least not as they say, Edison's story is oft exaggerated, and Churchill, well, if I hear another speaker fake an English accent and boldly tell me to "Never Give Up", I just might.

What stories would YOU add to the Story Graveyard? I'm taking nominations in the comments below. If you're using one of the above stories, consider this your warning that you and your message may be DOA, and I'm writing you a Do Not Resuscitate order. Time to birth your own stories, and breathe new life into your speaking, if you truly want to Speak & Deliver.
Posted by Rich Hopkins at 12:49 PM
Email ThisBlogThis!Share to TwitterShare to FacebookShare to Pinterest