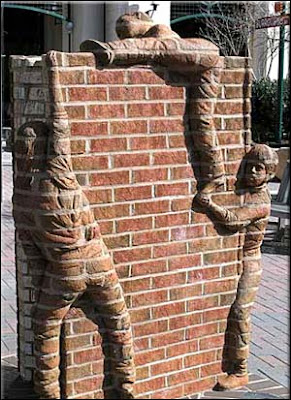 Will Smith tells a story about his father tearing down a wall in front of his business, and telling his two young boys they had to rebuild it. The young kids thought it was an impossible task, but in about a year and a half, they succeeded. The former Fresh Prince said the key was focusing not on the wall they had to build, but laying the perfect brick, one brick at a time.

"Speak & Deliver will cover both sides of the issue, as we strive to marry the best of Method and Message in order to create the best possible speakers for today's audiences."

Speak & Deliver has certainly been built slowly over the last 28 months, though 2011 was a bit of a breakout year as I dedicated more and more time to posting. I'm honored by the many follows I can see on the right side of this blog, the RSS followers, and those that help me average 300 or so views a day. It either means I'm writing what you want to read, or I'm using enough Glee images that people are hitting my blog just to grab the graphics. Probably some combination of both!

What can I do to make the next 200 posts useful to you? To push you along your speaking journey, one post at a time? Tell me in the comments below, facebook me, or email me with your thoughts. This blog, after all, is for the "Speaking Public", not me.

Thank you for reading Speak & Deliver. Now go out and give a speech. Every speech is a brick. Your wall of success is waiting to be built!

Posted by Rich Hopkins at 10:26 AM
Email ThisBlogThis!Share to TwitterShare to FacebookShare to Pinterest