How to Speak & Offend: Part I 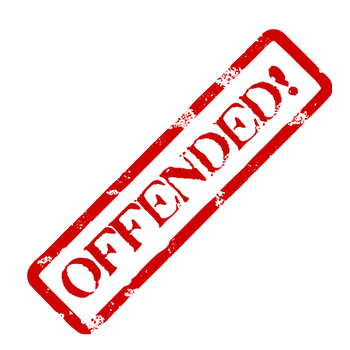 I get questions, every now and again. Today I'll tackle a recent favorite:

"How do I avoid offending my audience?"

Aside from the obvious answers, like showering, using deoderent, making sure your zipper is up or your blouse is buttoned to a level of decency, and not being, as a general rule, an insufferable jerk, I have some ideas.

1. Avoid SPR - Sex, Politics & Religion. If your topic isn't speaking about one of these directly, bringing it in as part of a story or a 'humorous' aside, can be risky. I recently spoke in Toronto. Easiest punchline all weekend was their crack-smoking mess of a mayor. For THEM. I went into my 12 day trip up there with the clear intention of not even mentioning it unless it was mentioned to me. When it did come up, I'd smile and nod. When asked a direct question, my stock answer was 'America's just happy there's a politician screwing up somewhere else'. 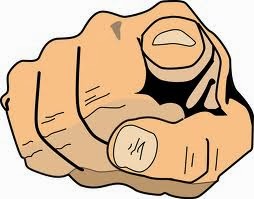 2. Don't Accuse - We are told as speakers to involve our audience, to watch our I/You ratio - but it can be easy to sound like we're accusing our audience of falling short, being unintelligent, and just plain not as good as us, the magnificent speaker. We don't mean this, of course. Well, hopefully. Asking people to think about what they would do, to imagine themselves in a situation, or if they've ever seen someone act a certain way, is a far better approach. Referring to 'Mr. X' from your own experience, or even making up a character to embody the negative behavior can also be effective. There will be a time to challenge the audience directly, but even then, you should be challenging them to do something positive to reach a result, vs. stopping behavior you don't even know if they are doing.

3. Beware Spontaneous Humor - This is a tricky one, because I am also in strong support of spontaneous humor. It can often create some great laugh lines, when you're on track with the audience. It can also put you in a tough spot with some if you aren't careful. I recently took part in a Q&A with World Champion of Public Speaking Randy Harvey up in Toronto, and, in talking about fluff speeches, mentioned they were 'like Chinese food - always leaving you hungry an hour later'. Innocuous enough, right? And an expression I commonly use. Unfortunately, we had just had Chinese food as the buffet meal that night, and the audience response was one of shock, which would have turned into offense quickly had I not immediately addressed the head of the meeting with my next comment, acknowledging the potential offense I had created. I stayed in a humorous tone, and the moment passed. But I'm sure some were still offended, and for all I know, I also offended a Chinese person or two in attendance. Beware might sound like a strong term - but it's really short for Be Aware - and that's important at all times.

4. Know Your Audience - do a little research by talking with the meeting planner and others in the company/group to find out what is off-limits to your audience. Maybe they've had layoffs recently. Perhaps they've had staff in an accident - for instance, a speaker friend of mine who often uses airplane humor talks about a client whose CEO had just died in a plane crash. Had he not done his homework, he would have put himself in a tough situation. What are your clients taboo topics, and taboo humor?

5. Dress the Part - I jokingly referred to zippers and blouses at the open, but not dressing to the right level of appropriateness can be a real turn-off to your audience. Unless part of your identity is flannel shirts and cowboy boots, and the people who hired you know it, I don't advise showing up in that combination in front of a corporate audience. Inspired by Steve Jobs years ago, I once wore slacks, a black turtleneck, and a nice suit-jacket to give a keynote. Afterwords I had several people take me aside and tell me they were offended I hadn't worn a suit that morning. Clearly I was not Steve Jobs. And I hadn't focused enough on #4 - Knowing My Audience so I'd know what was appropriate. In addition to types of clothes, watch the shoes you wear, the jewelry you choose, the makeup you wear, and any fragrance you may choose for an event. 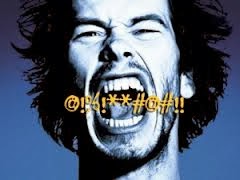 6. Blue Language - for those of you younger than 40, 'Blue Language' refers to swearing. As socially acceptable as swearing has become, and as tempting as it is to use it for a quick laugh, it can be a connection and credibility killer. Just as with clothing, if it's part of your identity as a speaker, make sure your audience knows it ahead of time. Even then, know your audience, and to what level you can push. In the annals of Toastmasters, there's a story of Tony Robbins giving his Golden Gavel acceptance speech, and, as he is well- know for doing, used a fair amount of 'Blue Language'. It's part of his schtick - to break his audience out of their thought patterns. A good approach, perhaps, for people who have paid you thousands of dollars to attend your personal event, but a cataclysmic approach for many of the older, conservative Toastmasters in attendance.

These may all seem like common-sense tactics, but you'd be surprised how easy it is to lose track of your common sense in the heat of the moment. In other cases, 'You Don't Know What You Don't Know'. And, of course, there's always the thought - 'Well, it'll work for me'. It might. but it might not. Don't say you weren't worned.


As I've alluded to with dress and language, sometimes offending your audience is part of your strategy - and I'll address that in Part II. In the meantime, what offends YOU from the stage? Please share your experiences below - you never know who you'll be helping - to Speak & Deliver!
Posted by Rich Hopkins at 6:13 AM
Email ThisBlogThis!Share to TwitterShare to FacebookShare to Pinterest