In Part I, I gave some tips to avoiding offending your audience inadvertantly. In Part II, I suggested that offending the audience is actually our job as a speaker. A few people mentioned that we should be able to speak about 'offensive' topics - and wondered where they might test their material.

Toastmasters - the worldwide non-profit dedicated to helping people develop public speaking and leadership skills - is the perfect place to be offensive. It's also a great place to learn NOT to be, and, believe it or not, an ideal place to deliberately BE offensive, in preparation to offend the world.


Now, before you go off and join a club with the intent of riling everyone up with your latest Duck Dynasty rant, take a look at the list below. 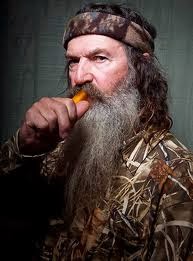 1. Know Your Club - much like my oft=repeated mantra - Know Your Audience. Every TM club around the world, despite following the same basic educational program at their core, is different. You will find a corporate club - say the one that meets at lunch on the sixth floor in your company tower - to be significantly different in makeup and manner than a local community club meeting at your library.

What those differences are isn't easily predicted - they may actually be MORE able to handle touchy topics than said community club. Some clubs meet at churches or other public venues that might hamper the discussion of certain topics. But the most important aspect isn't the location - it's the people IN the club. Are they open to topics that may push the envelope on taste and appropriateness? Even that statement is up for interpretation. Bringing up the word sex, or discussing liberal vs. conservative ideals in one club might be enough to shake them to their core, or be so passe that you better go further just to be heard above the noise.

Visit a club for a few weeks to get an idea of their personal club standards. Talk to the VP of Education. If you're new - give yourself a speech or two before going for the jugular with your assessment of your current world leader you've deemed to be the anti-Christ.

2. Turn Your Audience Into Actors. One interesting aspect of Toastmasters is that it is specifically designed to be a supportive group for you to improve your skills. One way of taking full advantage of that is by telling your audience who they need to be for your speech. In your introduction, or perhaps as an objective read by your evaluator BEFORE you give your speech, mention that your audience is a group of women looking to enforce their rights to breastfeed in public, or a meeting of the National Meatcutters Association, or a group of freshmen college students attending a meeting on Safe Sex.

This gives the audience a bit of notice, so that you don't totally jar them unnecessarily, and improves your chances for helpful feedback vs. an outraged response. They can listen to you with the ears of your desired target listener, and do a better job evaluating your delivery method without being so bothered by the nature of your content.

3. Expand & Advance - to an Advanced Club. Once you've determined the clubs parameters on subject matter you can decide, at your own risk, whether to try to push a bit in that club environment or go elsewhere. That doesn't mean going outside Toastmasters. Advanced clubs often have a higher tolerance for off-color, controversial, or more-spirited topics. Some actually specialize in it. Ask around, check the website, and make some visits. You'll usually need to stay in your regular club as a membership-requirement for an Advanced Club, but even two clubs a year is peanuts compared to most public speaking training available. 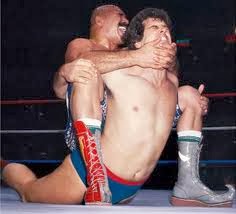 4. Organize a 'No-Holds-Barred' Meeting. Many clubs have a variety of special meetings throughout the year, from Backward Meetings to Holiday themes - why not create a meeting specifically geared to tough topics, publicize it (heck, wouldn't your local paper love to hear about a group of citizens talking about everything from gay marriage to legalized marijuana to suspending kindergartners who kiss their fellow classmates?), and give everyone a chance to be prepared, and, of course, to participate. Be sure to explain it fully at the beginning of the night, in case you have guests. And let people know if they would rather have that night off, it's completely understood.

5. Record & Judge Thyself. Are you really saying what you want to say? Is your stage demeanor what you expected? Are your word choices intentional? Separating yourself from the speech, getting outside of yourself and your passion will help you become more objective as you continue to build your message. Share it with a few trusted friends and/or a presentations coach.

6. Let Your Audience Change You. The previous four methods all focus on gauging and managing your Toastmasters audience, to help them help you help others. Keep in mind, however, that you will run into everyday people in your real-life audiences who will be offended as well, no matter your venue. Bring an eval form for everyone in the room and find out which notes you're hitting well and which are off-key, and ask them to sign their forms so you can evaluate for yourself whether their feedback will work for you. You might find the perfect way to soften a statement or tone, or you might even discover you aren't as controversial as you think you are. 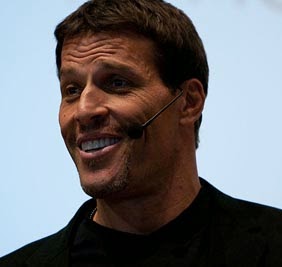 If you've found other strategies, or know of an Advanced Club in your area that can offer an open audience for broader topics - please share in the comments below, or on Speak & Deliver's Facebook Page.

Offend with Intention. I mentioned this in Part I, but it bears repeating. As a Speak & Deliver reader, I'm confident you truly care about your message and what your audience gets out of it. This makes learning to be 'offensive' in the most optimal manner crucial. Being crass or inappropriate for crassness and inappropriateness' sake will not help you, your audience, or your cause. Even Tony Robbins, often the crassest of the crass, swears and offends with intention - his belief is that if you can't handle the language, you're in the wrong audience, and he's actually trying to get your to leave. For many people I know, he is considered to be a terrible example as a speaker - people often tell me how much they hate him. But, just as often, I hear from people who absolutely love him - and he's built quite a career offending with purpose, whether we agree with his purposes or not.

If your audience hasn't moved toward your message by the time you finish, you've failed. Sometimes it takes a little push, sometimes a big one. Knowing the difference is knowing how to Speak...& Deliver.
Posted by Rich Hopkins at 6:22 AM
Email ThisBlogThis!Share to TwitterShare to FacebookShare to Pinterest