What Happens When the Win Anyway Guy Loses? Part I 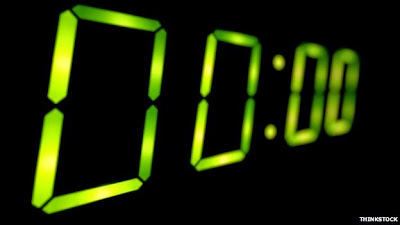 Yesterday was a unique day for me, in terms of competing in Toastmasters at the District Conference Level.

I had qualified to represent my Division in both Table Topics (Impromptu Speaking) and the International Speech Contest. It was the 21st and 22nd time I had qualified for various contests at that level in the 3 different Districts I've competed in. Currently, I'm in D26, which is Colorado, Wyoming, and parts of Nebraska. I've also competed in D9 (Eastern WA, NE Oregon, Northern Idaho), and D15 (Utah, Southern, Idaho, Eastern Nevada).

Of the 20 previous contests, I had acquired fifteen first place trophies (8 in International), 4 second place trophies, and only once failed to place in a contest (Evaluation, 2003), but placed first in a second contest (Humorous) at that conference.

This time - for the first time - I came home without a plastic, plexiglass, or gold colored aluminum trophy in either contest.

This time, however, I failed to place in Table Topics at all in the morning - which, frankly, didn't bother me. I was the first out of six speakers, and didn't do well at all at answering the question. I felt out of rhythm, and at a bit of a loss for an answer to the question 'If you won $1000 and had to spend it on yourself, what would you buy?'. Walking off the stage I was pretty certain 3 of the next 5 speakers would beat that pretty easily.

No worries though - the real trophy was waiting for me in the evening. I'd never lost an International Contest at the District Level. A perfect 8-0. I had edited my speech down 100 words from the last level, changed a line or two (or twenty) during the day, which isn't unusual for me at all. I added a humor bit that called back to Keynote Speaker Tim Gard's presentation in the morning - and it got a big laugh. The speech was powerful, and well-received.

Which means I've still never LOST at District in the Int'l, but I have disqualified myself. Took the decision out of the hands of the judges altogether. And I knew it when I sat down, just like I knew it 10 years ago when I last went overtime, at the Semi-Finals in Oregon.

Let me say this - I have no idea if I would have won if I stayed in time. I may have. I may have placed. I may have been shut out as I was in Topics in the morning. DOESN'T MATTER. Even if I WON on the judging ballot, I didn't have the best speech because it didn't meet the criteria.

I made a rookie mistake, a mistake I've made before, and essentially BEAT MYSELF. 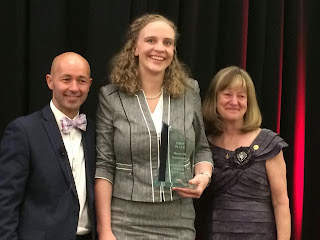 Congratulations to Greg Picone, 3rd, Place, David Meed, 2nd, and Kelsey Robb (pictured with Contest Master Andre Simoneau and District Governor Linda Rhea), returning to the District Stage after taking 2nd to me last year, who will represent District 26 in Las Vegas at the Semi-Finals.

The questions coming at me are now centered around 'what will you do next?' and 'will you compete again next year?' The results I encountered both at the conference and in my 27 Day Challenge, which ended yesterday as well, have put my 'Win Anyway' philosophy to the test, and put it up for a bit of scrutiny.

Overall, it was a great conference, and a unique experience for me. I do believe, at least for the International Contest, I managed to Speak & Deliver - even if I went a little long. At the end of the end of the day, that really is what matters. Or is it?

I'll be addressing these and other questions in Part II and Part III - which will show up in my Win Anyway Blog and 27 Day Challenge blog, respectively, later tonight.

Posted by Rich Hopkins at 6:53 PM
Email ThisBlogThis!Share to TwitterShare to FacebookShare to Pinterest