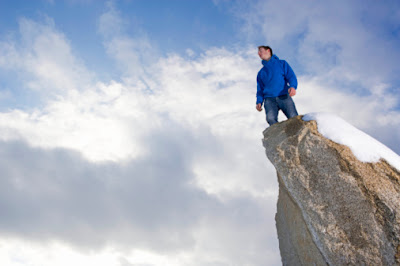 Over in my Champion of Choice blog today, I mentioned I wasn't going to share a list of goals for the year. I'm going to deviate a bit for the sake of this blogpost, because, well, I want to.

Speaking in 2010 took a very different turn for me. Instead of competing at the Region and World Championship levels in the Toastmasters' International Speech Contest for 5-7 minutes, I was on stage for an hour at a shot in such high-profile spots as Bemidji, Minnesota, Grand Island, Nebraska, and Mitchell, South Dakota, for a seminar job I toiled in for 9 long months.

I still spoke for Toastmasters clubs along the way, either as a guest speaker or just volunteering for table topics or evaluator in clubs in all the states I spoke in, as well as St. Paul's Club in London, England.

I joined SpeakEasy Toastmasters in Arvada, CO, and as mentioned in an earlier post, haven't been there as often as I'd like.

The final result of 2010 for me, speaking-wise, is that while I spoke more than I ever have before in a year (getting that valuable stage time), I spoke less about what I WANTED to speak about then ever before as well. That - above all else - will change in 2011.

1. Write my definitive keynote - and start giving it anywhere someone will listen.

3. Attend Toastmasters regularly - join an Advanced Club - and never give a speech that isn't lending itself to my ultimate goals of speaking.

4. Coach/Mentor more speakers in 2011 than I have over the last 5 years combined.

5. Use video, for speeches, marketing, and speaking tips on my blogs and websites.

6. Create audio products out of my speeches and coaching.

7. Compete in the International Speech Contest

8. Market & Network myself to a higher degree than ever before - this one is for all of us - nobody will hear or be helped by your message if they don't know who you are and where they can find you!

These goals are not reliant on Toastmasters, though TM can certainly be a vehicle for me this year to accomplish more of my professional goals. I'm going to use as many options as are available to me, and squeeze every ounce of value I can out of them, even as I stay true to my purpose this year - speaking to encourage the world to Live Their Self-Defined Success.

What goals will you make for yourself this year? Are they what you WANT to do, or what you THINK you HAVE to do? Are they financially-based, or client-based? Are they oriented to YOUR goals, or the goals of others?

I cannot declare 2011 the years of the speaker, I suppose - but YOU can declare for yourself that it will be the year you Speak...& Deliver!
Posted by Rich Hopkins at 12:42 PM
Email ThisBlogThis!Share to TwitterShare to FacebookShare to Pinterest