Women Speakers need True Grit - And So Do You. 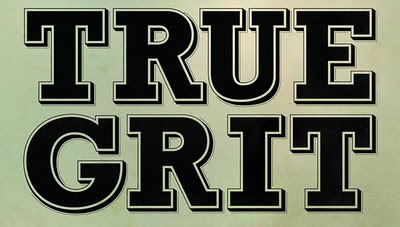 Why aren't there many successful women speakers?

I hear this question a lot in Toastmasters, and it surprises, confuses, and saddens me, simultaneously.

First and foremost, there are plenty of successful women speakers in the world. It would take more than I care to write to list them all, but I regularly refer to speakers such as Patricia Fripp, Laura Stack and Jeanne Robertson in this blog, and they are just the tip-top of the iceberg.

What those folks are often asking is a combination of 'why aren't there many female World Champions in Toastmasters' and, if they are female, 'why am I not accepted as a speaker as easily as my male counterparts?'

The first question, about the World Championship has been covered a lot. Only one woman, LaShunda Rundles, in the last 20 years or so has broken through. Several have taken 2nd or 3rd of late, as well. Factors in this have been named by many, including:

1. Number of woman entrants in the first place is low
2. Women as a whole are not as competitive as men (I hear rumblings already from competitive women around the globe reading this)
3. Women aren't as confident in their speaking styles
4. Women who are too confident in their speaking appear, let just say,
in a negative light
5. Judging in Toastmasters is often biased towards men
6. Audiences in general would rather hear a male speaker than a woman speaker
7. Women speakers often seem too emotional/not emotional enough
8. Women speakers aren't loud enough to be heard

I have heard all of these - but I only subscribe to the first as the most likely, with others all being subjective based on the speaker, judge, or audience member.

What I come across most often, which crosses boundaries amongst women in all settings, (and men as well), is self-confidence. Now it gets a bit touchy here. 1950's wisdom says men are more confident than women. But I haven't found that to be true. It's more situational than that.

The type of occasion and the experience base of the individual man or woman have more to do with self-confidence at any given time than gender.

What LaShunda had in 2008, and what all successful speakers have, regardless of gender, is True Grit. 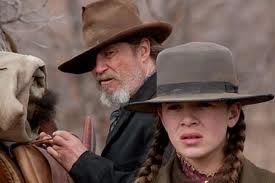 If you've seen the newer version of the movie, Mattie Ross, as played by Hailee Steinfeld, shows True Grit in its many forms. She is both confident and competent in her dealings in a man's world, without ever taking on a spirit of, for lack of a better word 'bitchiness' - a word which I've often heard women complain they are concerned with appearing as by becoming more confident in public speaking.

She is also willing to be appropriately afraid, mournful, caring, motherly, and vulnerable as the situation calls for it, without ever letting go of her strengths.

You don't need to see the movie to understand the key to Mattie's success, and unlock your own doors. Mattie's success lies in what comes before self-confidence - and that is a true acceptance of who she is and what she is about. She knows she's different - educated, bold, capable - and knows her mission - finding her father's killer. And she accepts this, embraces it to a point that it is not acting above or beyond her station, she is simply being her.

That's what LaShunda and Patricia and Laura and Jeanne, and all the successful women speakers, I hear do as well. They are their true selves on stage. They use humor and bold gestures and strong facial expressions and direct voice tones because that is who they are, who they have trained themselves to be, and they are comfortable in those skins. They show the True Grit of Mattie Ross.

Where others fail is in simply acting the part. Painting on what the perceive to be what the audience wants to hear and the way they want to hear it - often working harder to imitate male speakers - instead of bringing out what they already possess onto the platform.

True Grit, of course, applies regardless of gender, as does the concept of accepting oneself to be effective on stage. Its time to stop pretending. The audience would rather hear a bad speaking version of your real self than an actor or actress trying to fake them out on stage.

To truly Speak & Deliver, you need to be you - the comfortable, authentic you that you recognize in the mirror every day, and that those around you see both on and off the stage. Find your True Grit, and you will find yourself as a speaker that isn't perceived by gender, but by the character of your content.
Posted by Rich Hopkins at 12:47 PM
Email ThisBlogThis!Share to TwitterShare to FacebookShare to Pinterest