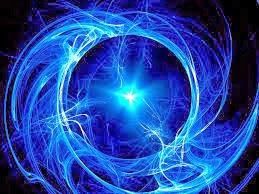 Awhile back, I heard a quote out of the mouth of 2000 World Champion Public Speaking Ed Tate's mouth that essentially said: "When two people meet in a sales or competitive situation, the person with the most energy wins."

I didn't really like that idea.
I'm usually a little understated when I speak, and when I think of energetic speakers, I think of speakers who feel that being loud and manic is enough to get their point across, and their products/services sold. Tony Robbins, as much as I love listening to him, would probably drive me nuts if I was in one his three day seminars.

In fact, it seems seminars from many of the gurus out there get there audiences into an energetic, even frenzied state with music, videos, even live acts before they come out to give their presentation. 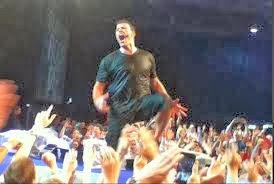 I'm a bit of an introvert, and getting up and dancing and clapping just doesn't tend to appeal to me - and it may not to you, either.

But - it's working for Robbins, Brendan Burchard, James Malinchak, and countless other - which mean I'm clearly in the minority with my thinking.

I'm not going to suggest you need to change who you are to succeed. Wayne Dyer seems calm enough, and he's doing okay. But more energy onstage, when controlled and intentional, can add some great things to your presentation, and create strong results in much of your audience.

1. Speed Up Your Pace - if you're pumped full of energy, you'll likely talk faster. If there's one thing I've noticed with a lot of the more successful speakers, they seem to speak at a higher rate of speed than the average human. They still pause - at least the good ones do - but they always have a bit of urgency in their voice.

2. Implies Passion - more energy will cue your audience's thinking that you really believe what you're saying. That's pretty important. You still need to make it important to them, ultimately, but if they don't believe it is to you, you're not going to move them off center.

3. Enhances Entertainment - would you rather watch a calm, lifeless speaker, or one who really seems jazzed and enthusiastic? The real concern is balance. You may need more energy for 300 than 30 - know what will work in the room, with the audience.

4. Memorability - In a sea of other speakers, if you're at a conference, Ed's idea rings true. He's the only speaker I remember from that event - though I heard there was at least one other that 'rocked the house', I just didn't attend their session. 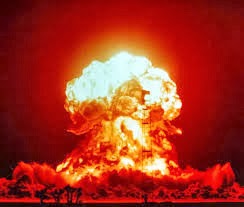 How can TOO much energy hurt you?

1. Madman On Stage - that might be the impression that you leave if you spend your entire presentation at a 10, instead of calming down and conversing with the audience.

2. Forgetfulness - have you ever gotten so excited that you completely blank on what you want to say? It's called getting caught up in the moment, and in this case, perhaps getting too caught up in your own energy.

3. Perspiration - it's great that you like to dance and move around the stage a lot - unless you start to look like someone working out during the first week of the Biggest Loser workouts. I'm a 'sweater' even in my understated style - can't imagine what would happen if I started dancing...

4. Fatigue - starting at a high and staying there could mean ending on a low, if you're speaking for a long time, or if you're not as healthy or dedicated to healthy eating as you'd should be.

Also consider your purpose for being energetic. Are you wanting to drive home a point? Are you wanting to significantly alter the state of your audience? If so, is it so their behavior changes for the positive, or to create a more selfish behavior, like a back of the room rush?

Don't misunderstand me - getting people excited isn't inherently a bad thing. They better be enthusiastic when you're done speaking to them. But using energy as a manipulation technique that doesn't directly benefit them IS a bad thing, at least in my eyes. There's room for argument here - what's too much? what's direct benefit? But I think most of us who've seen these speakers whip a room into a frenzy, assuming we weren't swept along, would know it when we see it.

Pure Energy can be your secret weapon, if you learn to harness it, and release it appropriately. Too little, and you're lucky if your audience knows who you are the next day. Too much, and they'll all remember you, for all the wrong reasons. Of course, you can't control everyone, so be ready for there always to be people who think you are TOO pumped up, or TOO understated.

Experiment (in a Toastmasters club, preferably, where you'll get a generally supportive, non-judgmental audience) with your energy levels. See what the reactions are. Gauge what YOU are comfortable doing. While I didn't really like the idea back then, I have to admit it's true in more cases than not. I'll be ramping up my own energy this year.

But worry not - I won't be dancing!
Posted by Rich Hopkins at 12:58 PM
Email ThisBlogThis!Share to TwitterShare to FacebookShare to Pinterest