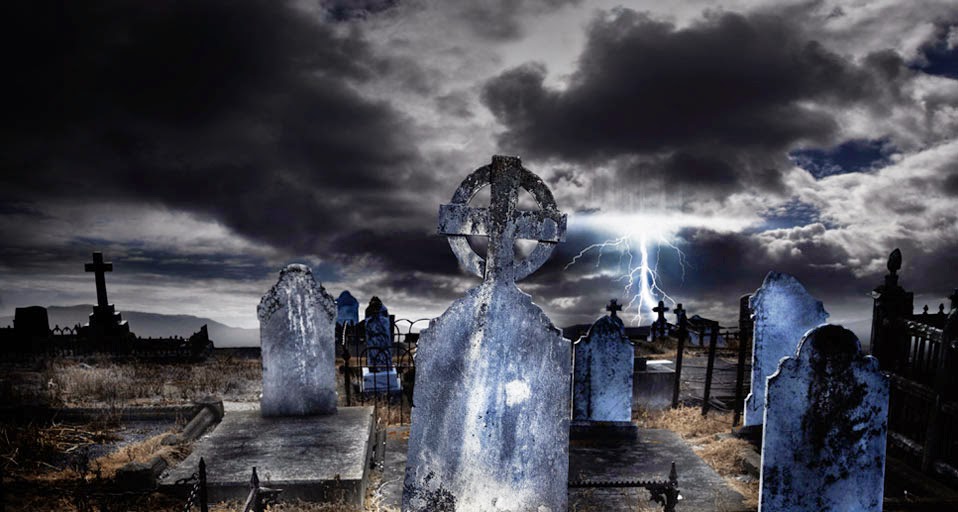 In October, 2011, I wrote what has become one of the most popular posts on this site - Speak and Deliver's Story Graveyard - filled with stories that I felt needed to be buried, and removed from our use as speakers. These included the Harvard/Yale Goals Study, The Stuck Semi Story, The Starfish Story, and several others.

But there are SO MANY MORE. So today, on Halloween, let's take another stroll into the dismal, dusty land of over-told, possibly never true, cliche-filled motivational stories. 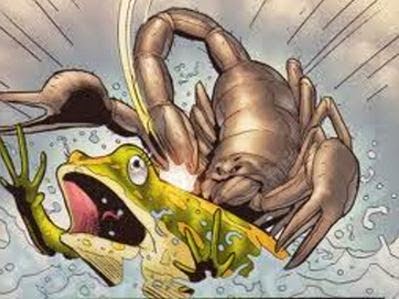 Scorpion and the Frog Story (suggested by Abel Goddard)
A scorpion comes to a river that is too wide and swift for him to cross. As he goes upriver, he comes across a frog, and asks if he can ride the frog's back to get to the other side. The frog is very concerned the scorpion will sting him, but the scorpion assures him that, no, that would kill them both. The frog agrees, and they begin their journey. Halfway across, the scorpion stings him. The frog asks why, as they are now both going to die. The scorpion answers - 'I'm sorry, it's just my nature.'

While we're on the subject of Frogs....

Boiling a Frog
Everyone knows if you toss a frog into a boiling pot, it'll immediately jump out. Put a frog in warm water, and he'll feel like he's getting a comfortable bath. Slowly raise the heat, and the frog never knows what happens to him. Moral: Don't get comfortable, you might end up in a situation you can't get out of..

Two frogs fell into a can of cream,
Or so I’ve heard it told;
The sides of the can were shiny & steep,
The cream was deep & cold.
"O, what’s the use?" croaked Number One,
"’Tis fate; no help’s around.
Goodbye, my friends! Goodbye, sad world!"
And weeping still, he drowned.
But Number Two, of sterner stuff,
Dog-paddled in surprise.
The while he wiped his creamy face
And dried his creamy eyes.
"I’ll swim awhile, at least," he said-
Or so I’ve heard he said;
"It really wouldn’t help the world
If one more frog were dead."
An hour or two he kicked & swam,
Not once he stopped to mutter,
But kicked & kicked & swam & kicked,
then hopped out...
via butter!

If I hear these one more time, I just might croak.
(editor's note: PETA - no frogs were harmed in the telling of these stories...) 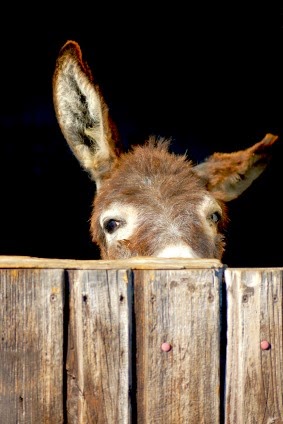 Donkey in a Well Story
A farmer discovers his donkey has fallen into a well, and can't figure out a way to rescue him. Deciding he's old and near the end of his usefulness anyway, he decides to bury him in the well, and starts shoveling dirt on him. The donkey shakes off each spadeful of soil, and eventually the dirt reaches a high enough level for him to jump out. Moral: Life is going to throw dirt your way and attempt to bury you. However, no one ever gets out of life’s wells by giving up! Shake the dirt off and take a step up!

Basketball Free Throws
A favorite for the 'visualization crowd' - this study tells of two groups of basketball players who need to improve their free-throw shooting. One group is told to shoot a certain number of free throws everyday. Another is told NOT to shoot at all, but to simply sit and VISUALIZE themselves shooting the same number of free throws, successfully. At the end of the study, depending on who's telling it, both groups shoot equally well, or the visualizers shoot better.

Much like the 'Harvard/Yale Goals Study', this is often attributed to a doctor at the University of Chicago - but there is no hard proof this has ever been done, or since replicated.

I don't care if it's true or not, it's so over-used, it was a layup when considering it's burial here today.

Ham/Roast Pan (suggested by Terry Canfield)
On Christmas Day, you watch your mom take a giant piece of meat, and cut off both ends of it before putting it into the roasting pan. Perplexed, you ask her why she does this, and she replies that her mom used to do it. Now curious herself, she calls Grandma, who laughs and says 'Oh dear, I did that because my pan was always too small, and I couldn't afford a bigger one!' Moral: Don't just do something because it's always been done that way...

Rocks in a Big Jar Story (suggested by Lisa Braithwaite)
I've seen this done many ways - the first time was in a Wayne Dyer video, then Stephen Covey, then, well, it was everywhere. Big jar, speaker fills it with rocks. Is it full? "Yes." answers the crowd. Speaker tosses pebbles in. Now is it full? "Yes." answers the crowd. Speaker pours in sand. Now is it full? "Yes?" answers the crowd, now a bit uncertain. Speaker then pours liquid in (my favorite is the one who puts in chocolate milk). "Now," he declares, "it is full". Moral: the jar is YOU. Rocks are the most important things in life, pebbles are important, but you can live without them, sand represents activities that take away from the bigger things in life. The liquid is, depending on who tells it, what holds it all together, or 'the lubrication of entertainment and leisure', or, my favorite, the fact that there's always room for chocolate!
If you're going to use this, please, please, please, fill the jar with something more interesting, or us a giant flower pot, or SOMETHING original. Better yet, leave it six feet under rocks, pebbles, sand, and occasionally, rain and snow... 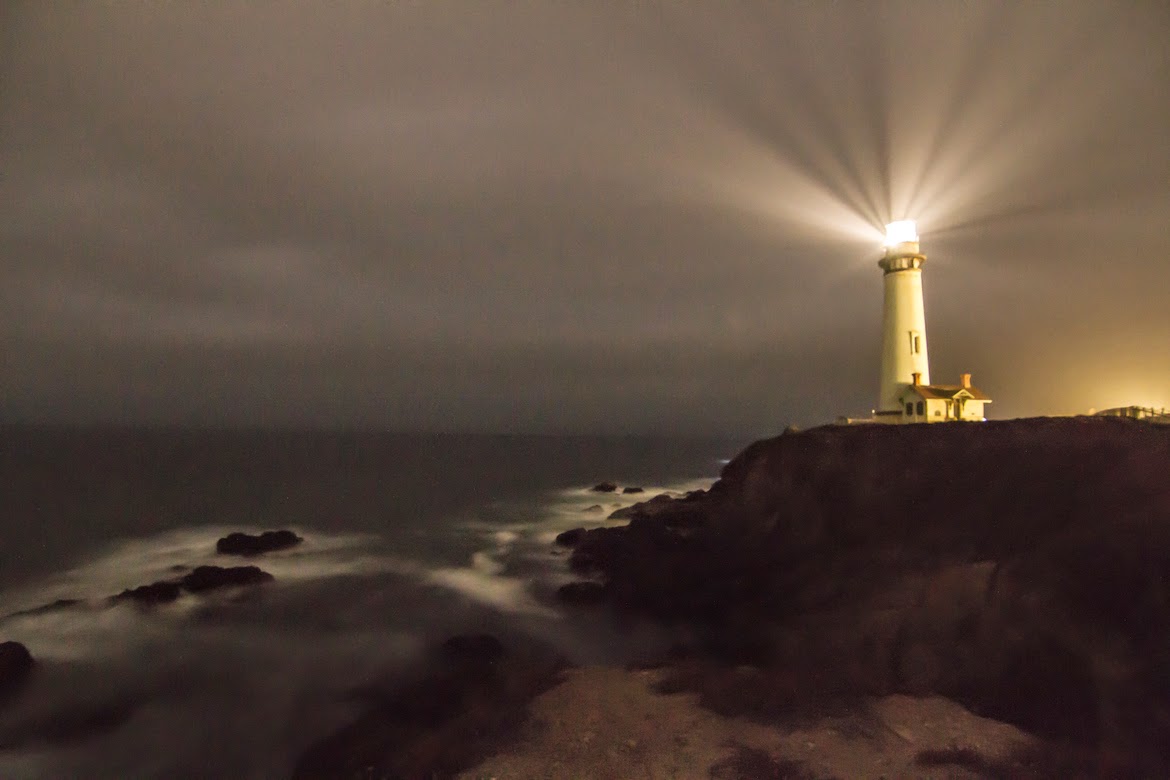 The Ship and the Lighthouse (suggested by Chris Witt)
A ship's captain, on a literally dark and stormy night, sees another ship's light through the fog, directly in their path. He radios them, demanding they change course. The reply comes back that they are unable to do so. The two go back and forth, with the captain becoming more demanding and arrogant, talking about his authority, while the man on the other line stays calm, eventually revealing that he cannot move, because he is not actually a ship, but a lighthouse. Moral: I'm not really sure. Perspective? Values? Stephen Covey claims it's a real story, and has some rather profound conclusions from it, in his article in the University of the Cumberlands publication 'Morning in America'.

True or not, I've heard this so many times I'm now rooting for the ship to plow right into the lighthouse.

I'm sure these and those buried there 3 years ago are just the tip of the iceberg (there's a story there too, isn't there - about most of the ice being underneath, unseen!) - please, share more that you've heard far too many times, or that just plain aren't true, like "Public Speaking being the #1 Fear" or the Mehrabian Study, and we'll come back and have ceremonies for them as well.

In the meantime - don't let yourself get lazy and dig these old stories up. Find new, original examples from your own life. Use updated examples of successful people and companies. While the concepts we talk about are timeless, how we talk about them should not be - your audience deserves more from you than recycled corpses of motivational stories past.

Posted by Rich Hopkins at 12:41 PM
Email ThisBlogThis!Share to TwitterShare to FacebookShare to Pinterest