The Speaking Pause Part I: Why We Won't Stop Talking! 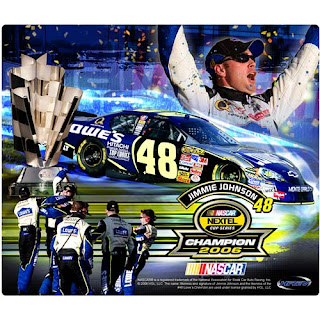 I love the pause...and the pause loves me.

The pause is one of the few friends a speaker can actually take on stage with them, as they face the expectations of their audience. But it is a friend often scorned and forgotten by many as they blow through their presentations like Jimmie Johnson blows through the NASCAR circuit.

Speaking shouldn't be a race, whether it be a race to fit everything in, or a race to sit down and be safely silent again. Instead, its your opportunity to express yourself, to influence, and inspire to action. If people can't keep up with you, the chances of anything good coming out of your talk diminishes.

6 Reasons We Talk Too Fast


1. We're subconsciously afraid that we will be interrupted, as if we were talking around the water cooler. If we don't stop talking, we won't lose the floor, be forced to answer questions, or, in a sales situation, hear "NO" before we're ready to handle it.

2. We're afraid to forget. We think that as long as we know what we're going to say next, we may as well go for it, so not to allow our mind to go blank.

3. As mentioned above, we have so much to say, we don't think we have enough time to say it. Check out this post on editing to diagnose and treat this particular issue.

4. We aren't emotionally connected to what we're saying. We may be reciting a report or going through a scripted talk we've given dozens of times in the past, and our lack of excitement results in non-stop, often monotonal diatribe that leaves the audiences as bored as we are.

5. That's what we've seen. We've grown up listening to commercial messages, slick salespeople, even teachers and preachers who pummel us with words at such a high rate of speed we're more tired than inspired by the time they sit down. If that's all you know, then that's what you'll do. (This concept also explains poor customer service and bad drivers.)

6. We just want it to be over, as fast as possible.

In Part II, I'll talk more about the benefits of using a pause. For now, take a look at the above reasons, and see if they apply to you, or to speakers around you. Are there other causes you can think of for speaking at top speed without time to take a breath?

Consider this blog, until tomorrow at least, on Pause.
Posted by Rich Hopkins at 12:15 PM
Email ThisBlogThis!Share to TwitterShare to FacebookShare to Pinterest