Audience Interaction is Easier Than You Think - Part I 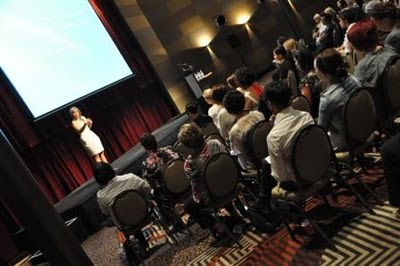 A phrase often used by today's public speaking experts is 'You need to have a conversation with the audience'. One of the easiest ways to do this is through audience interaction.

I can hear you through my DSL connection "Easiest? What's easy about audience interaction?"

Interacting with audiences is often seen as a minefield, instead of field we should mine. I hear the worst-case scenarios from my clients all the time: 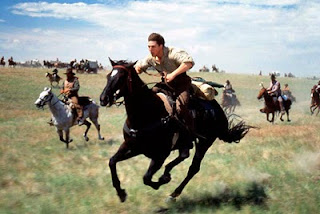 To which I respond - What if you take control and make sure that doesn't happen? That's what its really about. Speakers, don't forget that you have the reins when you're on stage. You can lead your audience to respond, or stop responding, when you are willing to grab the control that belongs to you on the stage.

There are three main types of interaction I'll cover in this series: Group Response, Inter-Audience Interaction, and Question & Answers.

This is often used by speakers to keep there audiences involved and excited. We've all seen speakers cajole their audiences to respond with everything from "BooYa!" to "Yes We Can". It seems scary to do at first. After all, who are we to ask our audience to do anything? Some people believe that speakers who do that are annoying, others enjoy the opportunity to do more than sit and listen, but actually get involved.

- Respect the Audience and the Occasion - not every event is suited to Group Response. This tactic should generally be reserved for inpirational/motivational speeches, and training events. Consider the makeup of your audience. Will they be embarrassed to respond aloud in front of their colleagues, based on their age or standing in the company? Will they be in the mood to respond? A speaker wants to elicit Group Response, not force it upon their listeners. 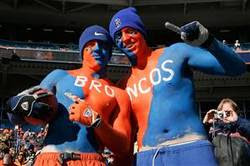 - Audience Size - if you're in a room of 10, getting audience response becomes much tougher than a room of 100 or 1000. The smaller the group, the more self-conscious the audience will be. The bigger the crowd, the more inhibitions will fall away. After all, who's going to go shirtless with warpaint on their chest at their board meeting. They'd rather do it among 50,000 other screaming fans.

- Start early in your speech - by giving your audience something to respond to early in your speech, they'll realize they have permission to respond, and be more willing to when you get further into your material, when their response becomes more important. You'll also have an early benchmark to decide how much you'll ask of the audience and how hard you'll need to work to get the response you want.

- Encourage response with Self-Deprecation or outright Cajoling - if you get weak response to start with, you can acknowledge it in a self-deprecating comment. The audience will be more likely to react next time when they realize they have permission to react, but didn't take advantage. This will also acknowledge those who did respond to you. If you are comfortable with outright Cajoling, that is outright telling them to respond, give it a go. Once. This is a last gasp tactic, and if its used a second time, your audience simply isn't into your speech, or you, enough to care.

- Make it essential - don't go for Group Response if its just to show you can get them to talk back to you. Effective Group Response is about them, not you. Drive home a point or build a necessary emotion. Your audience will love being an integral part of the presentation, but they'll hate being an unnecessary sound effect.
- Affirm their response - while you don't need to be to overt in your affirmation, at least react to their response. Pause and show an surprised or approving look on your face to let them know you're paying as much attention to them as you wish them to pay to you.

The ultimate key to creating strong Audience Interaction, of any type, is confidence - YOURS. You must be willing to be bold and even a bit brash. Be willing to take responsibility for your results. You are in control when you are on stage. The audience is looking to you for their cues of behavior. If you don't direct them with intention and authority, they'll either stop and stare, or run you over entirely.

Monday, I'll talk about Inter-Audience Interaction. Meanwhile, go out and Speak...and Deliver!
Posted by Rich Hopkins at 12:31 PM
Email ThisBlogThis!Share to TwitterShare to FacebookShare to Pinterest