Toastmasters Friday: Why Contests are the Best and Worst Events in Your Speaking Career

For the next few weeks I'll be writing contest-oriented posts, as Toastmasters International's Spring Contest season begins, and with it, the beginning of the International Speech Contest, which annually produces a World Champion of Public Speaking. Posts include: Why Contests are the Best and Worst Events in Your Speaking Career, Why Does International Become Inspirational?, Are the Contests Fair?, The Top 8 Ways to Guarantee Victory, I Lost My Contest: Now What? and I Won My Contest: Now What?


Competing in a Toastmasters contest can change the course of your life as a speaker. It can lead you to new heights of confidence and ability. It can also send you crashing and burning to an early demise before you even know what hit you. To help ensure the former vs. the latter, lets take a look at how you can control which road you travel, while handling all the bumps along the way.


A. Flawed Format - Contest speeches are 5-7 minutes. When was the last time you heard a speaker speak in such a limited time frame? It creates an artificial need to cram as much drama, emotion, and excitement as possible in order to impress in a mere 450 seconds. It is a rare contest speech that would translate effectively to a non-Toastmaster audience as-is. I've said it before - contest speaking is Ice Dancing. You learn to do some cool things, but you're going to get knocked down when you join the Hockey team.

B. Unreal environment - At a contest, the entire event is geared to the contestant. The audience knows exactly what's happening, and are completely teed up for a series of speeches. What this means is the contestant starts with a stronger audience connection than a regular speaker would have. They still need to build on the existing connection, but it's much easier than walking into a room that is relatively cold. Toastmasters in general must remember the real world is a harsher environment. This is a case where TM's strength - a supportive environment - can be a weakness outside the organization.

C. Wrong focus - Too often, contests become about competition. I've been more than wrapped up in winning over the years. Speeches are often designed to match every bit of the judging criteria, but often miss the mark when it comes to giving the audiences a valuable experience. As long as contestants focus on their performance and winning a trophy, they are focusing on the wrong goal of speaking. Remember, if not for your audience, you wouldn't be needed.


D. Inaccurate measure - Contests often make their participants believe they are better than they are. They also can make contestants believe they are worse than they are. Winning a few contests does not translate into you being a fantastic speaker. It means you were judged by human beings with various biases to be a better speaker than those you spoke with on a specific day. It may mean you stayed in time when someone else did not. It may mean the judges know you better than the other contestants.
Conversely, losing a contest or two, or several, does not mean you aren't any good. Judging is subjective. Maybe you lost to an amazing speaker, and there were only a few points separating you on the ballot. Maybe your subject matter wasn't what the judges wanted to hear. Don't let a contest loss, or win, define you as a speaker. 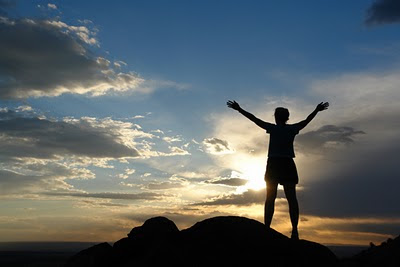 
A. Writing - Many Toastmasters speeches are improvisational triage. We scribble a few notes at work, and hope to get through the speech at our club with a minimum of damage. Contests give us a chance to sit and write a speech - to spend more time crafting our message, particularly if we have a chance to give it multiple times up the contest ladder. Write the speech, step away for a day, and take a look again. You'll be amazed at the new ideas and brilliant ideas you'll have between point A and point B.


B. Feedback - Use your contest experience to get feedback from others. Send your speech out to other speakers you respect before you give it. Solicit evaluations after the contest. If you win, keep gathering feedback along the way, and watch how your speech, and speaking style, transforms along the way.


C. New Audience/Environment - Once you get past the club level, you have an opportunity to speak in front of new people in your District, and usually in a completely different (often larger) environment. Sure, you're comfortable in front of Bob and Barbara, who've watched you through your first year in Toastmasters, but what about John and Josie? Nothing like new people and a completely different type of room to get you out of your comfort zone. Different is good - and you can't help but grow once you're out of your tiny if comfortable POT (plain old Toastmaster) club.


D. Exposure - With new audiences come new relationships, and new opportunities. You don't have to win for somebody to decide to invite you to their club to speak, or speak at a District Conference, or even speak for a local company or service group. You just have to give the audience something of value, and be open to building bridges offstage as well as on.


E. Focus - What I have found most valuable in competing is the opportunity to really focus on yourself as a speaker. Every aspect, from writing to eye contact to gestures to audience connection to vocal variety to overcoming nervousness in a new atmosphere. While it's not the same a speaking in the 'real world', its a major step up from speaking in your regular club, if you allow it to be.


I love contests, and of course I've competed for years. I've suffered through more than one Crash and Burn Experience and enjoyed New Heights as well. If you decide to enter a contest this year, make sure your mind is right, your message centered on the audience, and your attitude open to education. Trophy or not, you'll end up a stronger speaker, and more prepared than ever to get in front of the real world where you'll be expected to do more than score points with the judges. You need to Speak...& Deliver!

Posted by Rich Hopkins at 1:23 PM
Email ThisBlogThis!Share to TwitterShare to FacebookShare to Pinterest