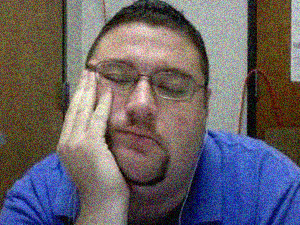 He's that one guy in every audience that needs to hear what you have say. He needs to be educated, inspired, and given the opportunity to know exactly what he needs to do when you're done speaking.

But too often, Bob leaves your audience sad, bored, even angry. Because you didn't talk to Bob. Now he's going to return to his desk and just do the same thing he's always done, the same way he's always done it, just as if you were never there to speak in the first place. Poor Bob.

How can you avoid being yet another speaker to beat Bob into boredom?

1. Speak to Bob. I know you're in a room of 200 people, but Bob really thinks you're talking to him when you use 'You' instead of 'We', 'Each of you', 'This organization', 'Company Name', 'Everyone', 'All of you', 'Ladies and Gentlemen', or 'Y'all'. No need to call Bob by name, necessarily, but give him a chance to feel your love.

2. Ask Bob Questions. Bob need not answer out loud, of course, and he probably won't. But Bob wants to be involved. He wants to think, and even feel smart if he knows your answer, or enlightened if he doesn't. Secretly, Bob either thinks he should be talking instead of you, is incredibly impressed that you are there speaking to him, or simply grateful to be doing something other than working. Give Bob something to think about - get him nodding instead of nodding off.

3. Make Bob Laugh. Bob really needs to loosen up, and shake off the stress of his day. Bob needs to see his life in a cheerier light. Bob will also remember what you say a lot more as he laughs to himself about your clever dig at the IRS while he stares at his spreadsheet once again.

4. Surprise Bob. Bob thinks he has heard it all. But he hasn't heard it from you. Give Bob something new to think about, or a new way to think about what he always thinks about. Give him information and ideas so unique he has to update his Facebook and Twitter accounts and share it with all eight of his friends and followers.

5. Let Bob Decide. Don't tell Bob what he should do. Tell Bob how much better his life will be if he does something. Tell Bob how well your ideas worked for other people, and even for you. But let Bob go out as the buyer, not the sold. Bob is capable of running with an idea once he's done with his cheesecake.

Your audience of 20, 200, or 2000 is nothing but a big group of Bobs and Bobbettes, regardless of whether they drove to work today in a Porsche or a Pinto. Each one of them is inside their own head, all alone. And they just wish you were there for them.

Are you?
Posted by Rich Hopkins at 1:19 PM
Email ThisBlogThis!Share to TwitterShare to FacebookShare to Pinterest