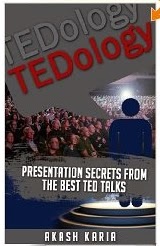 Speaker, Presentations Coach, Well-Known Toastmaster, and my friend, Akash Karia, has made quite the splash over the last few years in the industry. He's published many books, often Kindle-only, at one, two, and three dollar prices, as well as some longer tomes.

He's sent me review copies, I've bought a few, but honestly, I've never read them (hence you've never seen a review from me). Why? A few reasons. I haven't been as committed to reading in past years as I am this year, with my 52 Books in 52 Weeks goal, which seems to be turning into a 60+ plan with some of the extra books that have been sent my way. Also, I never really knew how to take Akash - whether he was just putting out book after book as part of a marketing ploy, or if they'd be worth my time. You'd think I'd have read one to find out, right?

But the biggest reason? Jealousy. Yep. I hate to say it, but everytime I saw a book come out, I just seethed a little bit inside - at myself, really - for not putting out more information myself. Have you ever felt that way? Seen someone else's success, and put more energy into being angry at yourself than being happy for them? No? OK - well, I'm imperfect. But I'm working on it.

In the last few years, I've gotten to know Akash a bit over SKYPE, and he's the real deal. A nice guy who has worked hard to gain a lot of stage time, a lot of coaching experience, a lot of knowledge. Which is why I included TWO of his books in my list this year, though I'll probably read more.

TED:ology is one of six (or is it seven) books centered on TEDtalks, the worldwide speaking events that often have the best talks go viral on YouTube and have spawned hundreds of locally-organized TEDx events. I think we have at least four here in Colorado alone, annually.

It's a quick read on Kindle, though if you watch all the linked videos it reviews, it'll take a bit longer. Akash has teamed with three other communication professionals, Dana Rubin, Marion Grobb Finkelstein, and Dr. Michelle Mazur, to dissect a total of four TEDtalks. Each author tackles their own speaker, and describes the lessons we can learn throughout.

He promises "By the end of the book, you’ll be able to:"

- Harness the power of storytelling and move your audience emotionally.
- Connect with your audience by appealing to a universal experience or idea.
- Create an experience for your audience.
- Start with a startle (and avoid “shocks that block”).
- Keep your audience engaged and interested.
- Deliver a memorable presentation by repeating a hook line.
- Surprise your audience with twists and turns.
- Deliver a dynamic TED talk or any other speech or presentation.
- Build rapport using you-focused speaking.
- Instantly connect with your audience using the energy-matching principle.
- Gesture powerfully and confidently by putting your body behind your gestures.
- Deepen the connection with your audience by verbalizing their thoughts.
- Personalize your talk using callbacks.
- Keep your audience curious using knowledge gaps.
- Have fun on stage.
- Make your statistics come alive.
- Give life and meaning to your data.
- Engage seamlessly with your visuals.
- End your talk powerfully and persuasively.
- Share a message that is remembered and repeated. 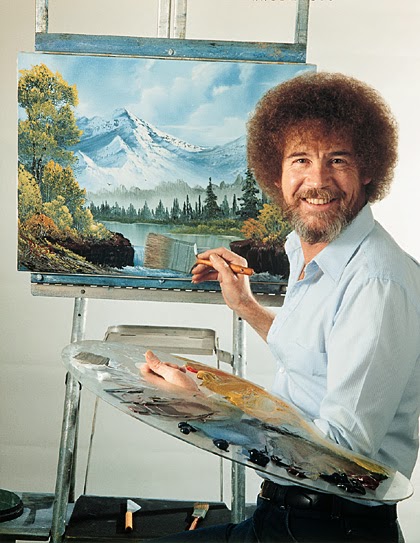 That's a big promise - too big. What is really delivered is HOW the four presenters, Amanda Palmer, Jinsop Lee, Anthony Robbins, and Hans Rosling, accomplished those tasks, as explained by the authors. Knowing how it's done doesn't automatically mean you can do it, as anyone who's watched a video on how to paint has found out when they applied brush to canvas. Speaking is much more like art than a step-by-step activity like putting together a shelf.

Once you ramp down the expectations, TED:ology offers four strong, thought-provoking analyses, which, coupled with watching the speeches themselves, will help you as you Speak & Deliver your next presentation, provided you put in the practice with each tool.

Finally, while I found all the analyses to be insightful and interesting, it was Akash's own that stood out to me. Of course he had a dynamic speaker, Anthony Robbins, to critique, in what has become one of the most-watched TEDtalks ever. Beyond that, however, Akash dug deep into the speech techniques, and offered one up that I'm sure I'll be stealing - Knowlege Gaps - the why behind asking questions from the stage. He also was the only one of the four to relate his OWN speaking and coaching experiences in his review, and took extra time to talk to the reader about using the techniques he described.

Thankfully, he didn't let Robbins off the hook, despite his self-professed admiration of the speaker. He critiques his use of swearing, and his inability to stay within time, giving us some strategies to deal with both effectively.

The only aspect of the speech I didn't see him talk about - one of my favorite parts, in fact, was his interaction with Al Gore. Robbins completely had the audience in that short moment (and...it was a major reason he went over time in the first place).

Overall, it was well-worth my time, and hopefully yours. TED:ology provided me with several good ideas and reminders of strategies easily forgotten when not used often enough. Regardless of whether you ever end up on a TED stage or not, spend the .99 cents - I did, and I'm happy to do so.

Bonus Lesson for Speakers Wanting to write books - As Akash did here, and as I did in Go Ahead and Laugh, Win Place & Show, and The Finalists - team up with others to make it happen. You don't always have to write it all yourself. Get it done, and get it in the back of the room!

Next week's Review: Under the Dome, by Stephen King.

Posted by Rich Hopkins at 9:45 AM
Email ThisBlogThis!Share to TwitterShare to FacebookShare to Pinterest