How to Speak & Offend Part IV of IV: 9 More Ways to Offend the Audience


After Part I, I had several comments regarding other ways we as speakers can offend our audiences. Rather than let those ideas flounder in the Twitter, Facebook, and blog comment world, I've compiled them below.
(You can click here for Part II, or here for Part III)

From Darren McDonald: "I get offended by assumptions of a speaker - assuming I'm of a particular faith, political stance, income level or educational level, or that my goals align exactly with the speaker's topic. When I speak I assume nothing. If I'm going to speak about a certain "level" or aspect, I do the quick survey during the speech: "How many of you...?""

I can understand this - if we as speakers don't go into an audience recognizing their inherent diversity, we can set ourselves up to alienate many of them. Darren's strategy of polling the audience is sound, particularly when speaking to a general audience with a speech that may be more specific in nature.

At the same time, their is some responsibility on the audience member to recognize that if they go into a religious presentation, a 'how-to-get-rich' seminar, or 'how-to-lose-weight' presentation, the speaker will often focus their presentation on their potential customers. They aren't trying to offend those of you who don't fit their demographic, generally speaking, they're just trying to hit a home run with their specific demographic. Ultimately - know your audience and claim your outcome.

From Rob Biesenback: I get offended when speakers start off by selling. Earn the right first with valuable content.

No doubt. Even when I KNOW I'm going to be sold, I expect content first. Their are so many good ways to sell from stage, and, even more effective, ways to make the audience want to buy from you without you actually selling at all. Sounds like fodder for future posts.

It's one thing to be stumbling around in your Toastmaster's speech at the club as you make your way through the first manual, it's another to show up in the real world without a clear readiness to deliver your message. Your audience deserves your full attention before you speak, not just during. Practice your presentation, set up and test your equipment early, and be present. Even if you aren't as prepared as you'd like to be, don't call attention to it. As legendary coach Dan Reeves once said - "Never Let 'em See You Sweat".

Brande relates both being unprepared and reading your slides as ways of wasting the time of your audience. Indeed, reading your slides can also be symptomatic of not being prepared. Have a written a 'down with power point' post lately? If not, I should. Of course, to point number one, should we assume our audience can read? Ponder that for a moment...

Of course, my friends on the Official Toastmasters Facebook Page came out and added a few more... 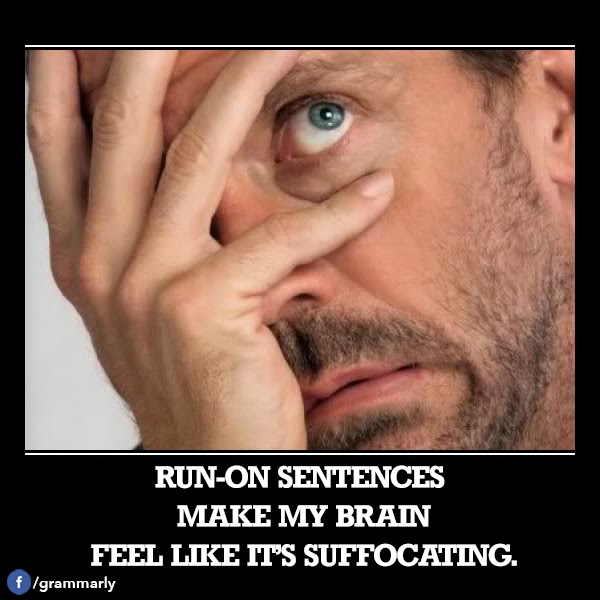 Edward A. Keeney, using President Obama as his example, brought up the overuse of 'AND' - resulting in the longest sentences ever. He also brings up...

I'd like to introduce, I'd like to take a moment, I'd like to - ACK! Just do it already, as Mark Willey, long-time member of Titan Toastmasters, my first ever TM club, often ranted.

Bob Logan mentioned that speakers talking on subjects they really don't have any right to talk about is offensive, a waste of time. (There's a recurring theme here - waste your audience's time, and you're offending them.) That means we have to find a way for our credibility to be known, both before we speak and through the content we present. If you just feel like giving a talk on something you know nothing about, at the very least acknowledge to your audience (which, hopefully, isn't a real-world group) that you aren't fully versed in the subject. Transparency is appreciated by most listeners.

Paula Howley brings up a big one - using material that isn't your own. Clearly, if you're lifting someone's stories without giving them credit, it's not only offensive, it could be illegal, and is certainly simply the wrong thing to do as a speaker. Along the same lines, filling your speech with nothing but stories of others, even when crediting them, is pretty offensive to ME. I don't need a speaker who isn't Oprah telling me about how Oprah got her start, unless it somehow relates to how THEY got THEIR start, and how it helps me. Book reports on Lincoln, Edison, Kennedy, Einstein, et al deserve a spot in the Speaker's graveyard, perhaps with the speakers who can't find anything in their own life valuable enough to share.

9. Being the Condescending Hero

Finally, this is one that should have made Part I - it's a big deal. Speakers that make themselves the hero, that place themselves above their audience, and basically say 'If I can do it, so can you', just drive me nuts. Yes, there will be people you reach, and if they are the only ones you want to reach, that's fine. Those people are often the hero-worshippers, the silver-bullet seekers, and the low-self-esteem crowd, and maybe taking their money is your main goal. Do I sound judgmental? I suppose so. There's room for speakers of all types, and what offends me won't offend all. Let's just say I'm not in your audience.

If you've accomplished something amazing - you don't have to crown yourself in front of us. We probably are there because we already recognize you in your royalty. Instead, tell us who helped you, what techniques you discovered, and what failures you faced. The more of ourselves we can see in YOU, the more we can see ourselves reaching the heights you've reached.

This has been a fun series to write - and it's brought up a lot of opinions. Some people are just annoyed by some of these I pronounce as 'Offensive', others are even touchier than I am.

As I've said in the other posts, the keys to successfully not offending, or successfully offending, is being AWARE of what you're doing, and speaking to your audience with INTENTION. As long as you have those concepts down, go out and speak to who you want to reach in the way that will best reach them.

A final suggestion: when people complain you've offended them, well, take a moment and decide whether it's a valid complaint or not. Sometimes it is, sometimes not. At some point, once you've mastered your message and your audience, you simply have to cut your losses.

Now go out and Speak...and Deliver!
Posted by Rich Hopkins at 1:05 PM
Email ThisBlogThis!Share to TwitterShare to FacebookShare to Pinterest